Back in July, the city of Roselle Park (New Jersey) put up a display just outside the public library featuring a soldier kneeling in front of a Christian cross. It went up with the consent of the mayor (though there was some debate about whether the library’s trustees approved it): 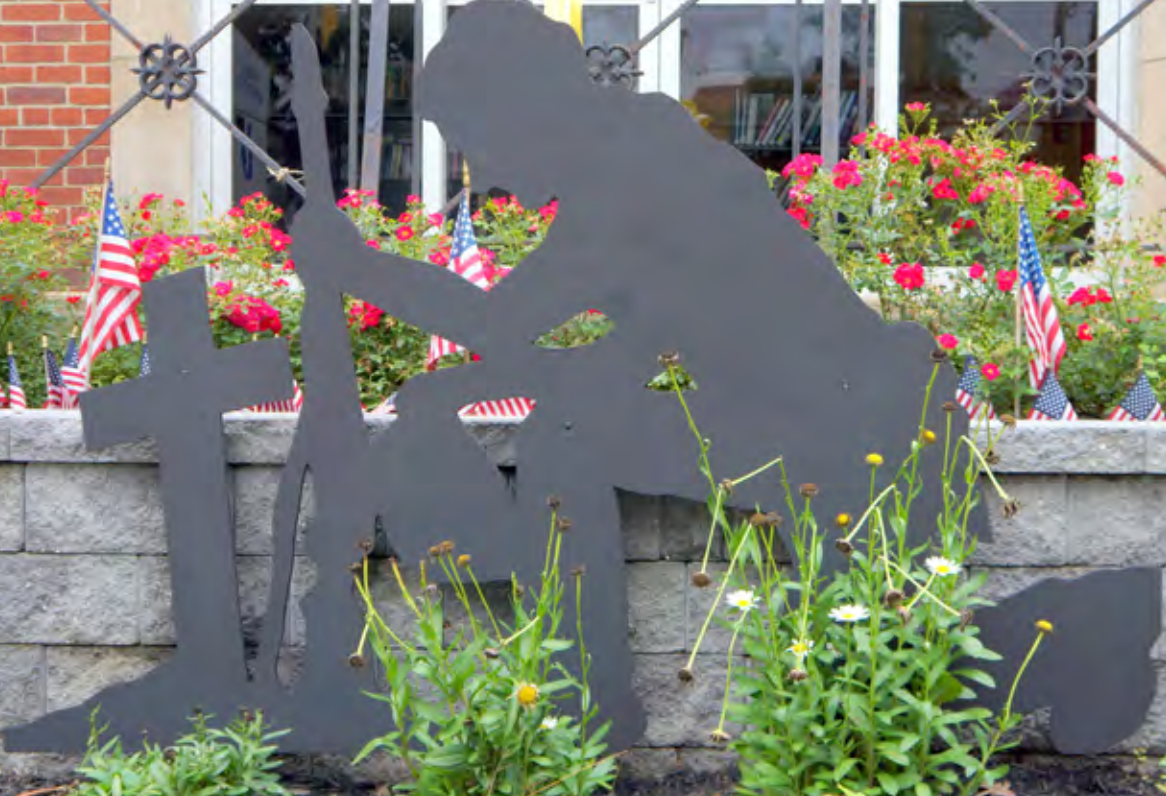 A similar display was at the center of a lawsuit in Lake Elsinore, California a couple of years ago, leading the city to eventually change the imagery… but not before paying a hefty fine for wasting everyone’s time.

“The city should honor the sacrifices of all of its veterans,” said Roy Speckhardt, executive director of the American Humanist Association. “By including a cross in its veterans’ memorial, the mayor is sending the message that our brave, non-Christian service members are somehow less worthy of honor and respect.”

“The courts have been virtually unanimous in finding that Christian crosses on government property unconstitutionally affiliate the government with religion,” said Monica Miller, senior counsel for the Appignani Humanist Legal Center. “In displaying a religious symbol on a city war memorial, the government is endorsing religion — Christianity in particular.”

There was just no good, secular reason to put up this particular display. It was an homage to Christianity no matter how you looked at it, and it’s not the role of the government to endorse faith.

But not only did the city not respond, they retroactively approved the display.

That’s why the American Humanist Association filed a lawsuit against the Borough of Roselle Park and Mayor Hokanson yesterday:

Roy Speckhardt, executive director of the American Humanist Association, said, “The Mayor and Roselle Park Council had the opportunity to support an inclusive memorial that honors all who have served to defend our freedoms. Instead, they chose to favor only Christian soldiers, ignoring the sacrifices made by many of our diverse veterans.”

“A cross displayed on government property, approved by the mayor and borough council, endorses religion in clear violation of the Establishment Clause of the First Amendment,” said Monica Miller, senior counsel at the Appignani Humanist Legal Center. “The city’s duty is to remain religiously neutral to respect the rights of all of its citizens rather than promoting Christianity.”

The lawsuit demands that the display be removed and seeks to forbid the borough from erecting a similarly religious display in the future.

The Council members can’t say they weren’t warned. This was the Mayor’s mistake, but the Council didn’t stop him even when they had a chance.

October 1, 2016
Christian Rapper Found Guilty of Murder After Running Over Producer With Car
Next Post