Religion always has a way of taking the least loving side when it comes to controversial issues.

Love between two people? If they’re gay, pastors will throw a hissy fit. Women seeking an abortion after being raped? Some Christians will argue they shouldn’t be allowed to have that option.

And when it comes to people who choose to end their lives on their own terms, the Catholic Bishops of Alberta and the Northwest Territories are now telling priests to refuse to conduct their funerals. 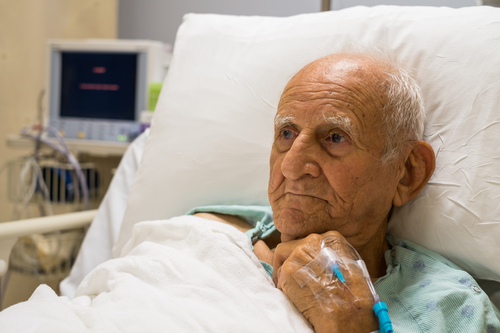 [The document] also says families should be supported, but those who want to celebrate the assisted deaths of their loved ones can’t do it at a church funeral.

“This would be truly scandalous, as it would be an encouragement to others to engage in the evil that is euthanasia and assisted suicide. Such a request for funeral rites must be gently but firmly denied.”

This new guideline would apply even if the people choosing assisted suicide called themselves Catholic.

It’s not just cruel to refuse to do one last thing for these patients; some people see it as a threat — a way to tell these suffering patients that if they take their own lives, God will punish them in the afterlife.

The Church has every right to set its own rules. What they’re doing isn’t illegal. It’s just unethical. It’s immoral. This is a religious institution that sees people at the worst times in their lives — when they’re literally ready to pull the plug — and decides to add insult to injury by refusing to give them the closure they seek.

These bishops deemed assisted suicide a “grave sin,” and that gives them license, apparently, to treat the patients with contempt.

And you thought the Catholic Church couldn’t get any lower…

October 1, 2016
When It Comes to Activism, There Isn't Just One Way To Do It Effectively
Next Post

October 1, 2016 Christian Rapper Found Guilty of Murder After Running Over Producer With Car
Browse Our Archives
What Are Your Thoughts?leave a comment