9-year-old William Maillis is one of those geniuses who’s already in college. He graduated high school last year — while his peers finished fourth grade — and is currently enrolled in community college. After a year-long transition period, he’ll transfer to Carnegie Mellon University, where he plans to study to become an astrophysicist.

That’s all well and good. But wait till you hear his ultimate goal. 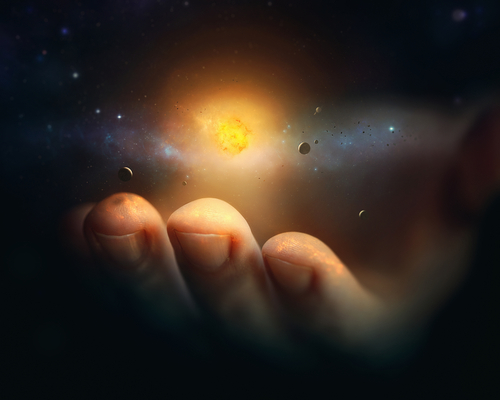 Bottom line, according to William: “I want to prove to everybody that God does exist,” he says, by showing that only an outside force could be capable of forming the cosmos.

Riiiiiight. He can’t wait to graduate and become a proponent of Intelligent Design. His colleagues will adore him.

(Also, Rule #1 of Science: You don’t start with a conclusion and try to prove it. You gather evidence and follow it wherever it leads you.)

But before you mock him, though, remember: he’s 9. Even certified geniuses are allowed to believe silly things at his age. It’s far more disturbing when adults who ought to know better push the same Creationist myth.

At least his religious parents are embracing his curious nature. Usually, when we hear about kids indoctrinated into faith, their curiosity is stifled and they’d told to just have faith. It’ll be interesting to see how long he clings to this idea that God must have made the cosmos.

(Image via Shutterstock. Thanks to Joseph for the link)

September 30, 2016
Two More Candidates for Public Office Announce Their Non-Theism Before the Election
Next Post