Muslim YouTuber to Atheists: Prove Our Universe Came from Nothing and I’ll Buy You an iPhone 7 September 29, 2016 Hemant Mehta

Muslim YouTuber to Atheists: Prove Our Universe Came from Nothing and I’ll Buy You an iPhone 7

Whenever a religious person has a “challenge” for atheists, it’s usually some nonsense with no guidelines that involves having to prove things for which no direct evidence exists.

They can dangle million dollar prizes in our faces all they want, and they’ll always get the same answer: The proof they’re looking for doesn’t exist, but all the evidence we have available to us points in that direction. That’s how science works.

But Muslim YouTuber Rahmatullah Nowruz didn’t get the memo. He’s offering a shiny new iPhone 7 to anyone who can prove that our universe appeared out of nothing. 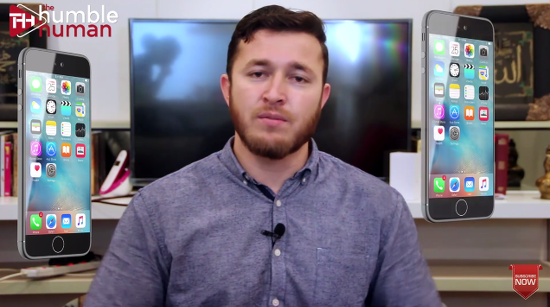 At least James Randi laid out exactly what so-called psychics would need to do to earn his million dollar prize. Nowruz has no guidelines, which means he can just say no to everyone.

Here’s a better question: How would this guy prove that his God exists to people who don’t take his holy book seriously?

September 29, 2016
Note to Atheists: Don't Run a Conference Unless You Know What You're Doing
Next Post