Kentucky Student Says His Car Window Was Smashed In Because He Had a Poem About Atheism on the Seat September 28, 2016 Hemant Mehta

A woman named Brittani wrote a poem called “What God Needs” for her Creative Writing class at a college in Paducah, Kentucky. It’s a piece that clearly has an atheist bent, referring to “A daughter with lymphoma” and “An ethics class, maybe three.”

Her boyfriend Aaron had a copy of it lying in his car where anyone could see it… and did I mention this was in Kentucky?

When he woke up yesterday morning, his window was smashed in, a brick was in the car, and someone had scribbled a nasty message on his copy of Brittani’s poem. (Click to enlarge.) 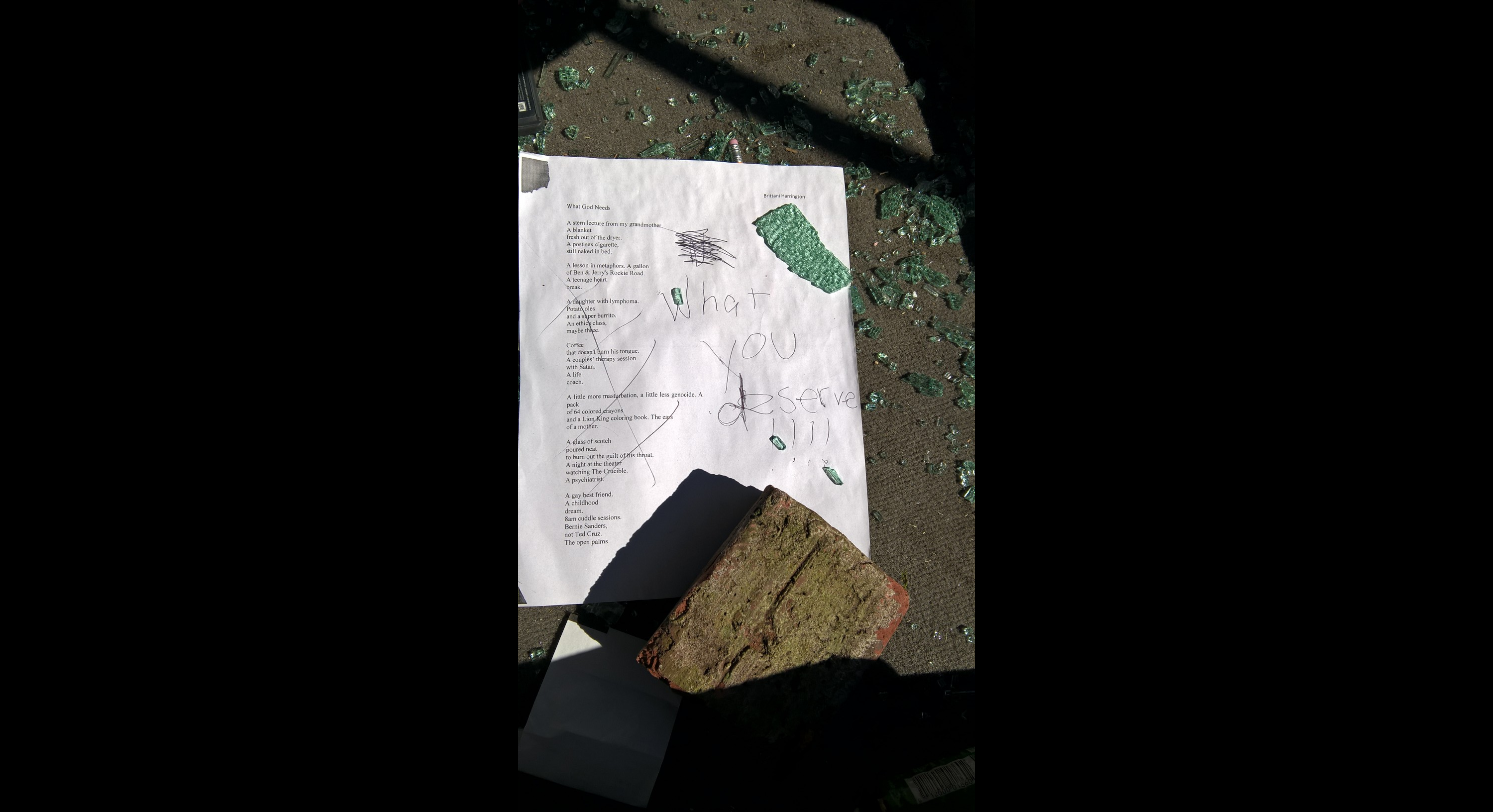 Aaron told me he filed a police report. He’s not sure who did this.

I haven’t been able to confirm the story, so take the details with a grain of salt, but assuming it’s all true, it’s incredible how little it took to provoke someone.

September 28, 2016
Did a Priest Violate the Law By Endorsing "The Ego" Over "Lady MacBeth" on Church's Website?
Next Post