Following the tragic death of 24-year-old pitcher José Fernández over the weekend, the Miami Marlins did everything they could to honor their teammate. But on Tuesday, their first game after the accident, nothing was more dramatic than the lead-off home run by Dee Gordon: 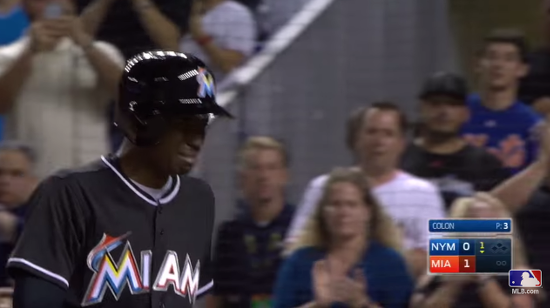 That was a beautiful moment and maybe the only time I’ve ever seen a professional player tear up after hitting a long ball. Not only was it Gordon’s first home run of the year, he did it in honor of his late friend.

I bring it up here only because of what he said after the game: 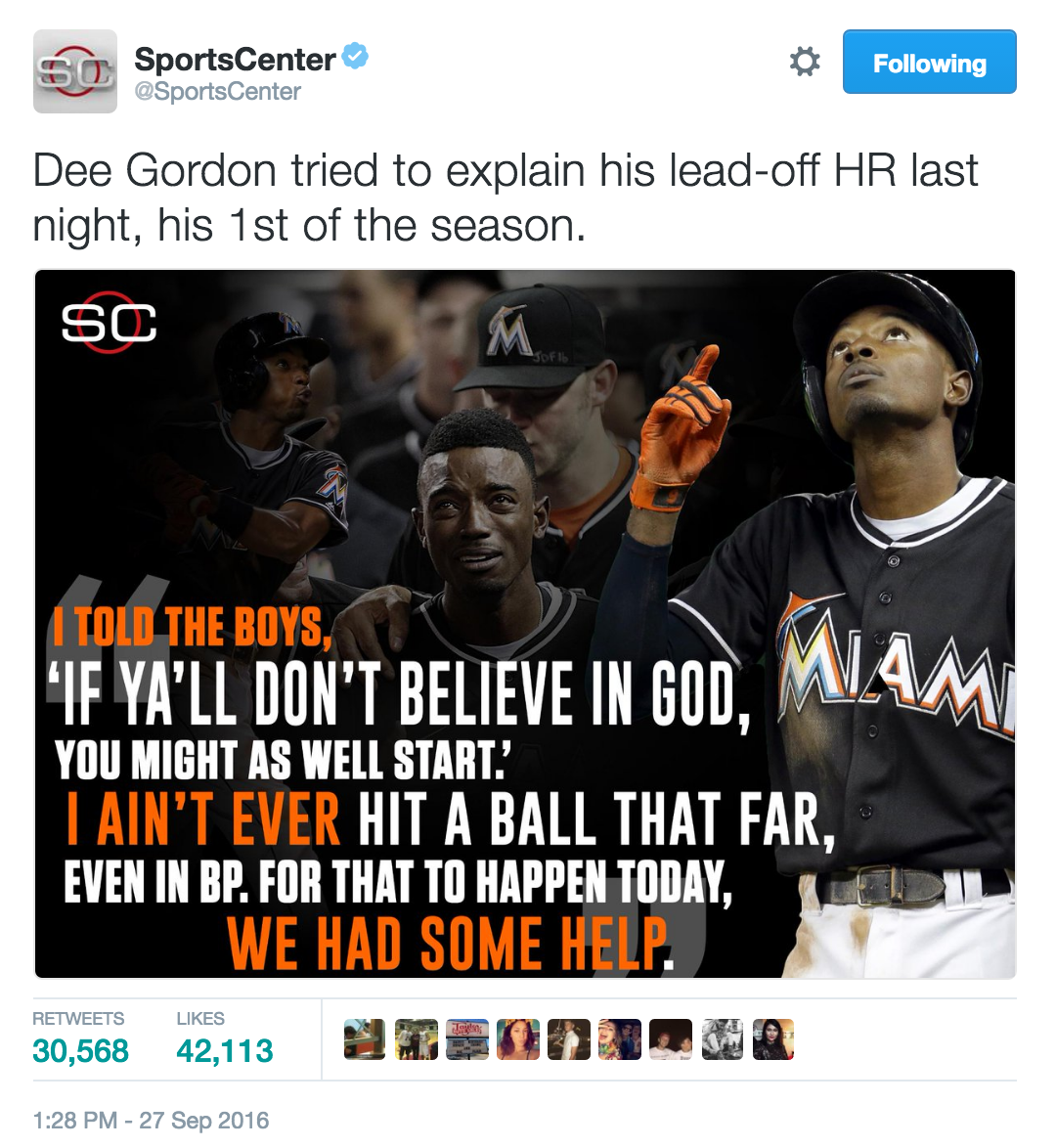 I told the boys, “If y’all don’t believe in God, you might as well start,” I ain’t ever hit a ball that far. Even in BP. For that to happen today, we had some help.

More to the point: Not a single report I read pointed out the obvious rebuttal:

No one should start believing in God because Dee Gordon hit a home run two days after that same God allowed his friend to die.

Is that insensitive? Probably. But people are so quick to seek out God’s supposed grace in the aftermath of a disaster that they quickly forget their own belief that the tragedy must have been part of God’s plan, too.

There’s never a good time to point that out. But someone should say it.

If Gordon found some closure with his hit, I’m happy for him. But for people listening to what he said, don’t let the inspirational aspect of it blind you to how illogical it is.