In news that will make you question everything you thought you knew about movies, Ray Comfort just won “Best Science Film” at the International Christian Film Festival for The Atheist Delusion. 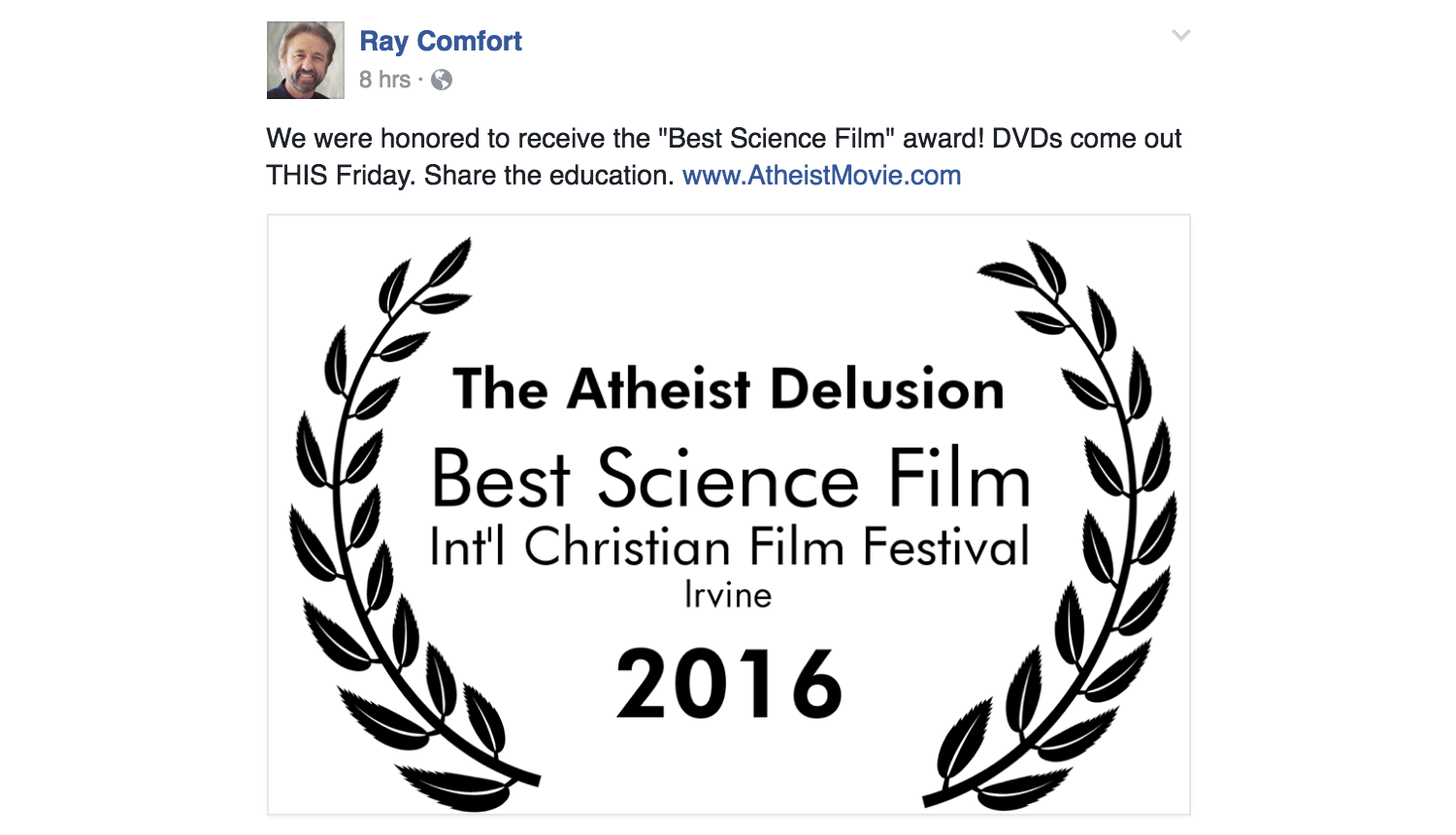 A few thoughts on this…

Why is this the “Best Science Film”? The only time “science” appears in the movie is when Comfort asks random people how DNA could have possibly evolved on its own, a rhetorical question that he believes points to the truth of Intelligent Design. It’s not like he explains DNA. He doesn’t add to our scientific understanding of anything, unless you count ignorance as a virtue. (Just because DNA hasn’t been recreated in a lab from scratch doesn’t mean God poofed it into existence.)

Is this a legitimate festival? Because Comfort’s victory image, seen above, has better design than the entire competition’s website.

Who were the runners-up? I’m almost positive no one gets second place at this festival. There’s certainly no listing of nominees anywhere. In fact, everyone seems to get an award. And seeing as the categories change every year, it’s almost as if they’re made up after the fact…

With that in mind, I modified Ray’s victory image: 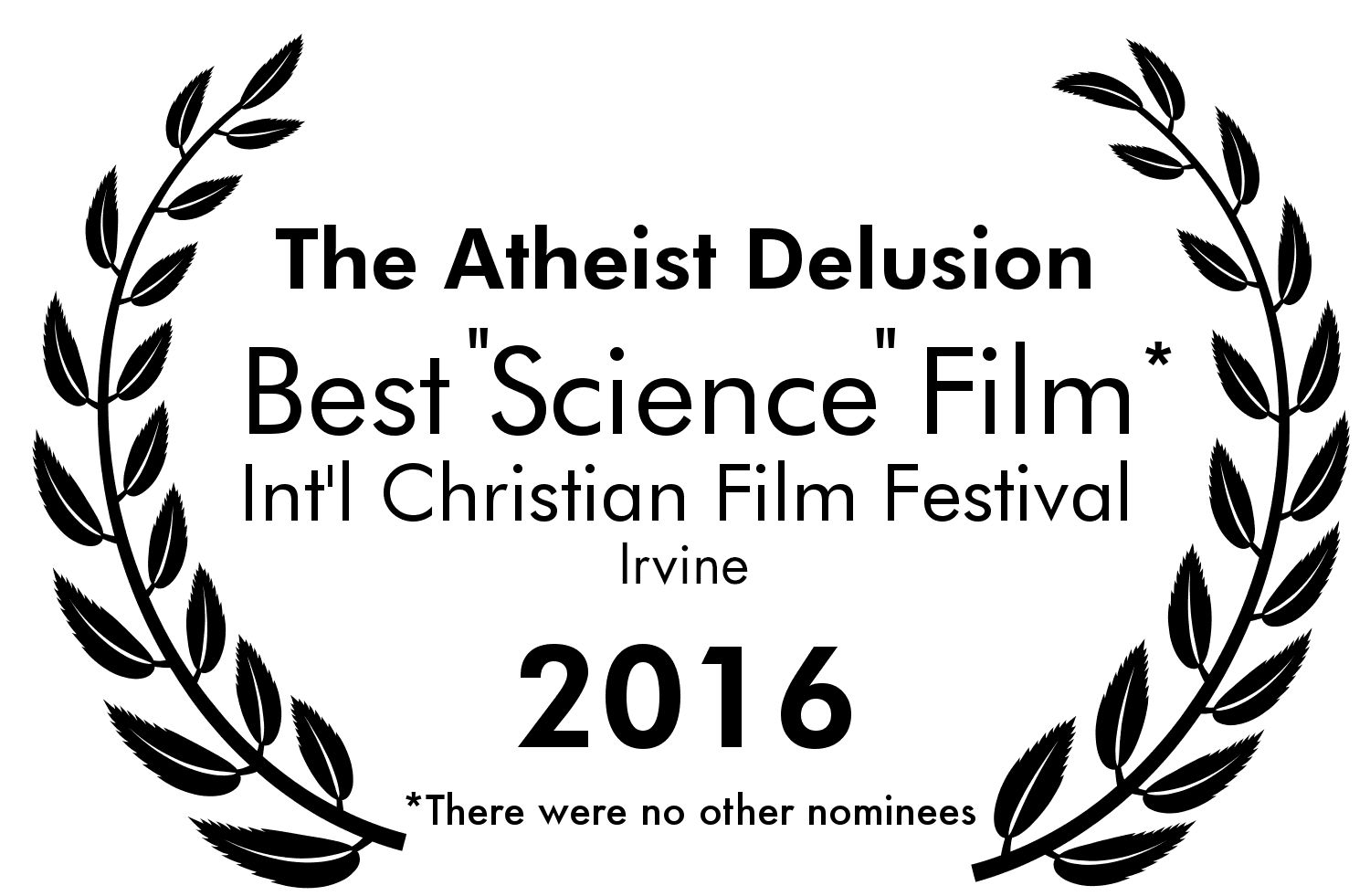 Ray, you have my permission to spread this far and wide. No charge.

September 28, 2016
Dee Gordon's Dramatic Home Run, In Honor of His Late Teammate, Shouldn't Make You Believe in God
Next Post