***Update*** (9/28): An article in the Irish Times suggests that arguments that the movie won’t be shown due to the blasphemy law are overblown. The Director of Film Classification says that it’s a remote possibility, but the film hasn’t even been submitted for approval.

Filmmaker Louis Theroux premiered his latest documentary, My Scientology Movie, nearly a year ago to overwhelmingly positive reviews. Failing to get cooperation from the Church itself, the film is all about how Theroux tries to hire actors to recreate infamous scenes witnessed by former Scientologists, only to have the actual Church come after him for doing that. 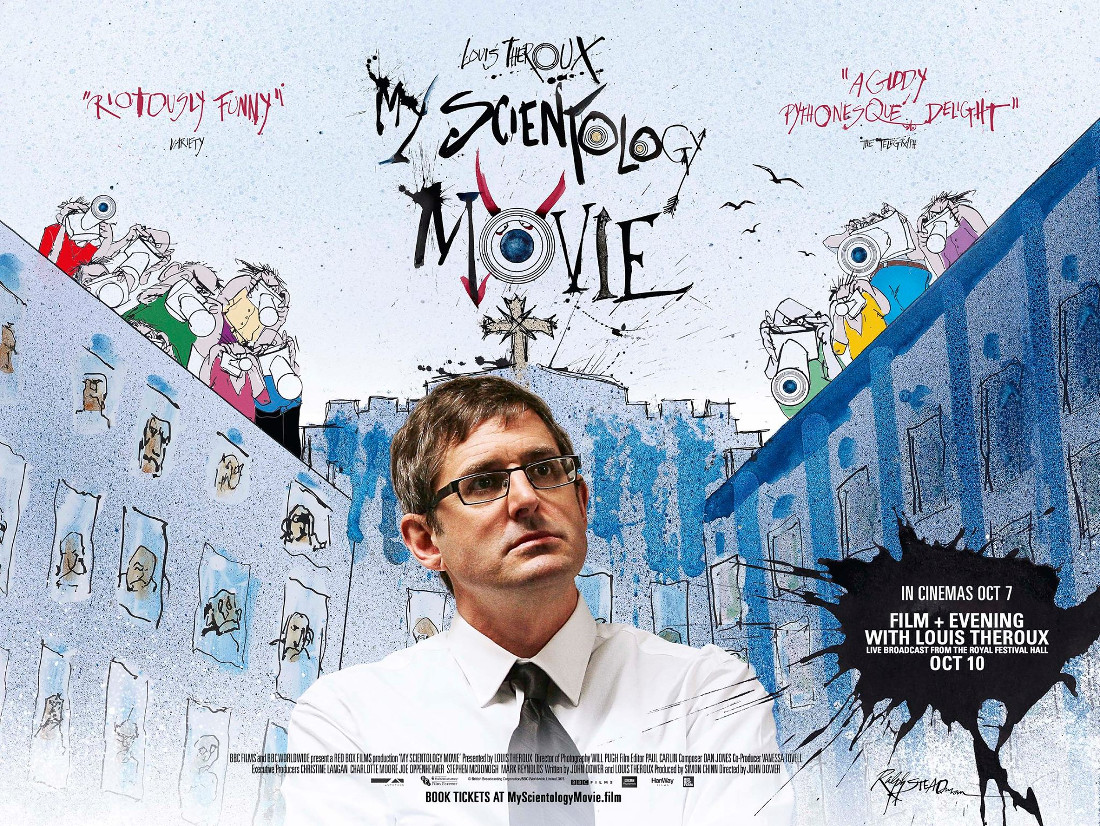 But good luck trying to see it in Ireland. Theroux’s team can’t find a single distributor to help release the film… and that may be because they’re all afraid of running afoul of the nation’s absurd blasphemy law:

The main stumbling block seems to be Ireland’s blasphemy laws and in particular the The Defamation Act of 2009. According to that piece of legislation, any “publication or utterance of blasphemous matter” against any religion is an offence and carries a fine of €25,000.

The Act does allow for a defence of work that has “genuine literary, artistic, political, scientific, or academic value“, which this documentary most likely will have. However it looks like there aren’t any distributors willing to take a chance on the film for fear that they could be found to be in breach of the legislation.

No distributors have confirmed that theory, but none have denied it either. It’s the same problem that Alex Gibney encountered in 2015 with Going Clear. That film wasn’t released in Ireland, either.

And that’s the power of laws like this one, which stifle even fair criticism of bad ideas. Blasphemy is always in the eye of the beholder. Ireland is making is huge mistake by not repealing a law that can easily be abused by supposed victims. Even when that victim is a Church that rakes in countless millions of dollars in tax-free donations every year.

(Image via Facebook. Thanks to Alissa for the link)

September 26, 2016
The Book of Exodus... As Explained By An Atheist
Next Post