32-year-old atheist blogger Tarak Biswas was arrested in Kolkata (India) last week after he reposted an image critical of Islam on Facebook and officials were called in to stop the apparent madness.

Sanaullah Khan, a Muslim leader from the Trinamool Congress party, played the role of accuser, whining about his hurt feelings to the local police, who then arrested Biswas. 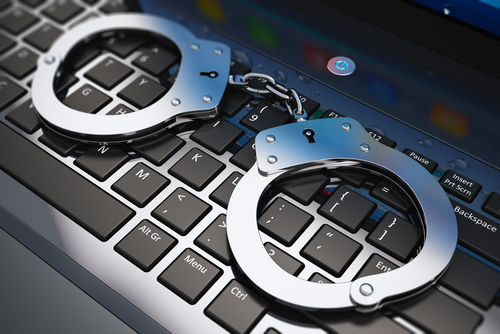 Locals allege that the police picked up Biswas from his residence in the wee hours of Thursday night. According to the police, Tarak was arrested on charges of 295 A, 298 of the Indian Penal Code (hurting religious sentiments and hate speech), besides 66, 67 and 67A of the IT Act (posting, sending offensive messages through communication services). Later, he was produced before the local court, where he was remanded to seven days of police custody.

That police custody is now over, but Biswas still faces a more severe penalty and will appear in court next week to defend himself.

Taslima Nasreen, another atheist activist who was kicked out of Kolkata in 2007, expressed sympathy for Biswas online, asking rhetorically whether India really wants to become another Bangladesh, where several open atheists have been slaughtered over the past few years: 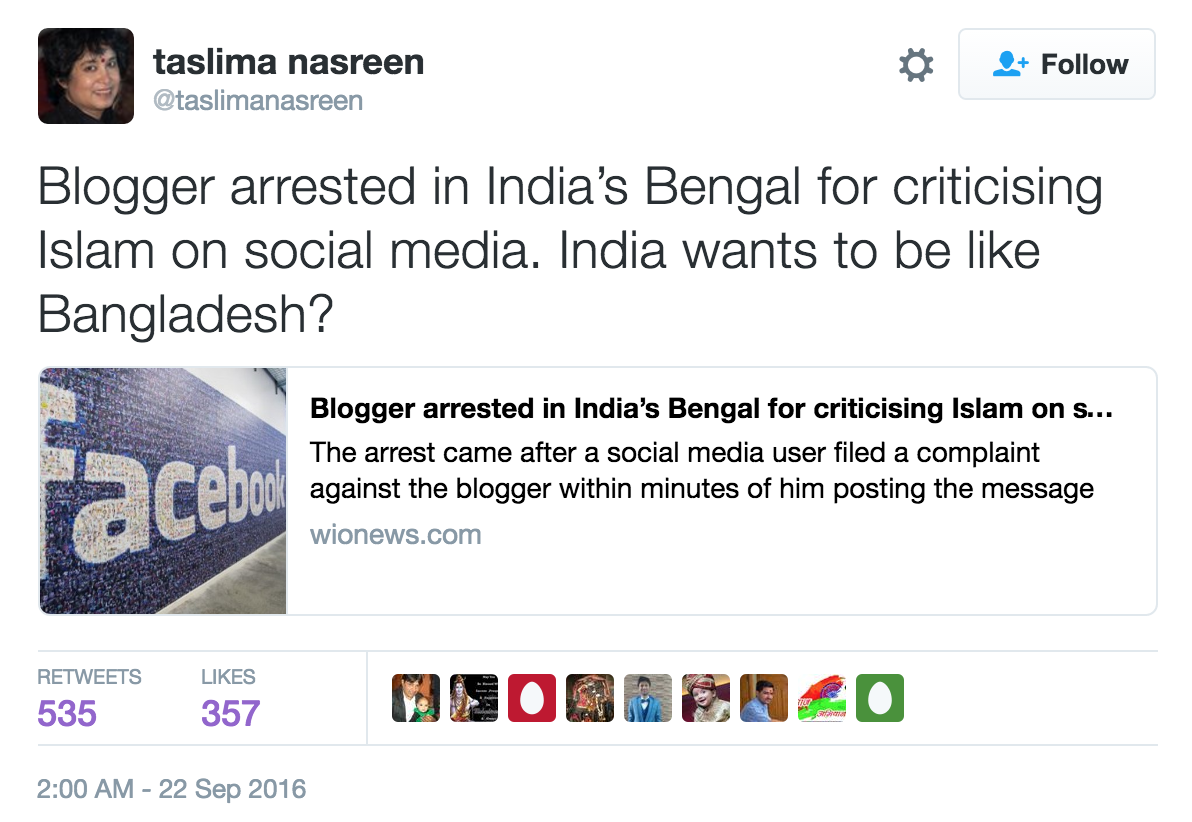 She’s right to ask the question. The problem here isn’t Biswas. It’s the laws which keep religious beliefs immune from criticism and which vaguely penalize offensive messages ignoring the fact that some people have low tolerance for anything that challenges their views.

Biswas should be immediately released and given an apology. He did absolutely nothing wrong.

September 24, 2016
I Can't Tell if the Catholic League's Bill Donohue is Praising Me or Denouncing Me
Next Post