The city of Victoria, British Columbia has declared September 30 “International Blasphemy Rights Day” after a 3-2 vote. But not without a bit of controversy. 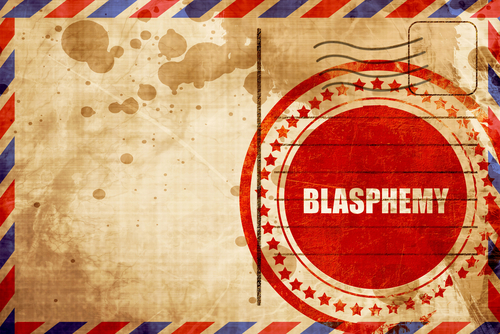 The final version of the proclamation reads:

WHEREAS freedom of speech is an inseparable element of a democratic society; and

WHEREAS Canada is a nation whose founding principles stand for inclusivity, multiculturalism, and free speech; and

WHEREAS the Charter of Rights and Freedoms entitles citizens to the fundamental rights and protection of freedom of conscience and religion, freedom of thought, belief, opinion and expressions; and

WHEREAS currently in some theocratic nations, free speech is met with punishments ranging from detainment to execution;

NOW, THEREFORE I do hereby proclaim the day September 30th, 2016 as “International Blasphemy Rights Day” in the CITY OF VICTORIA, CAPITAL CITY of the PROVINCE of BRITISH COLUMBIA, the TRADITIONAL TERRITORIES of the ESQUIMALT AND SONGHEES FIRST NATIONS.

IN WITNESS WHEREOF, I hereunto set my hand this 22nd day of September, Two Thousand and Sixteen.

Glad to see support of free speech, including unpopular speech, from a major city, though one section of the proclamation, proposed by the BC Humanist Association, was removed before the council approved it. That section read:

WHEREAS Section 296 of Canada’s Criminal Code (blasphemous libel), though latent, violates the fundamental rights of citizens with opinions different than that of the majority;

They shouldn’t have removed that. It’s a fair criticism of a Canadian law that punishes people for blasphemy. To remove it was hypocritical, suggesting that blasphemy rights should be celebrated while that very act could still technically put you behind bars.

You can see the discussion right here:

Regardless of that section getting cut, BC Humanist Association Executive Director Ian Bushfield was pleased to see the proclamation pass, albeit with some reservation:

Nearly every week, from around the world we hear about another person sentenced to jail or even death for writing or saying something that someone considers blasphemous. Proclamations, like this one from the City of Victoria, are an invaluable way to send a message that Canadians are willing to stand behind the right to freedom of speech and the council should be commended for their courage. However, the fact that councillors had to debate this proclamation goes to show just how controversial free speech can be.

Damn right. So be sure to take advantage of the holiday by blaspheming to your heart’s desire.

September 24, 2016 Dr. Richard Carrier Has Sued Several Atheists and Their Blogging Networks on Charges of Defamation
Browse Our Archives
What Are Your Thoughts?leave a comment