There’s a nifty story in the New York Times about a man who won a baseball glove nearly 60 years after the contest actually took place. (It helped that the deadline to enter was never specified.) 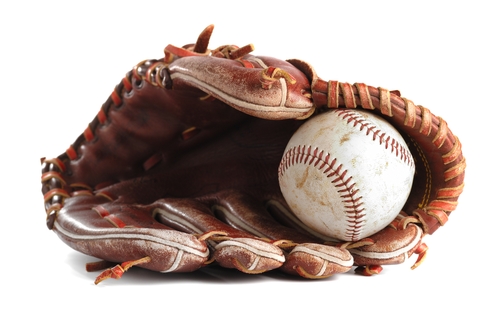 But here’s the real kicker: The 70-year-old man at the center of the story is literally named Darwin Day.

Forget the glove. One of the perks of winning this contest and getting some media attention for it is that there’s a chance his name — and not the pseudo-holiday marking Charles Darwin‘s birthdate — may finally come up in a Google search.

Mr. Day said that until now, he had never been able to do an internet search of himself without finding thousands of results for “Darwin Day,” a day celebrated for the scientist and naturalist Charles Darwin.

Now Mr. Day — and his storied glove — can be celebrated.

That’s adorable. We never learn what his religious beliefs are, or what he thinks about evolution, but I’m willing to give another Darwin his 15 minutes… at least until Ken Ham puts up another blog post.

September 23, 2016 Christian Abstinence Speaker: Pre-Marital Sex Will Lead to Disease, Sterility, and Death
Browse Our Archives
What Are Your Thoughts?leave a comment