Five months ago, a Reddit user named mormondocuments teased that he had a lot of internal documents from the Mormon Church and he was eager to leak them. He posted a couple of hints after that.

But it wasn’t until today that he began releasing the documents one by one, coinciding with a meeting of high-level Mormon leaders. 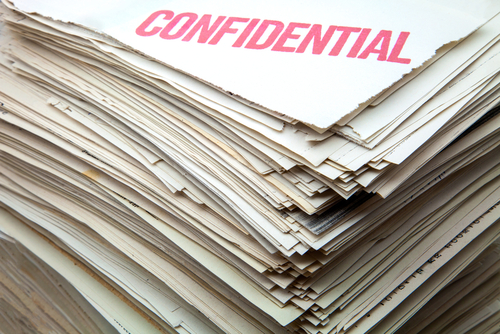 Why leak these documents? He had a message for the Church:

… I hesitate not at all to say that this is personal. It’s personal for me. And for the over 32,000 members of this subreddit. The church is wrong. It is false. Stop lying to people. You are making the world worse.

He added that the church “destroyed” his life… before asking for donations via Bitcoin.

So here’s the important question: What’s in the documents? Something revealing? Damning? Anything that’ll prove corruption and take down the Church once and for all?!

Nothing. Nope. Nope. And nope.

There’s nothing truly interesting in the batch so far. Commenters say it’s a bunch of procedural manuals that don’t suggest any wrongdoing — at worst, it’s the Church spending money on things that they believe will help the Church. We may see those purchases as frivolous or unnecessary, like an expensive old-school cash register, but even Edward Snowden is rolling his eyes here. As one commenter noted, the biggest takeaway seems to be that “corporations gonna corp.”

One interesting note: It looks like Mormons don’t have access to Church financial records, despite the Church President once saying they do. But many evangelical megachurches are run the same way. It’s only a story when you think they’re hiding something, and again, there’s no evidence of corruption in these documents. Not yet.

So we’ll keep an eye on the chatter and offer an update if anything big comes up. For now, you can check out the megathread here and see what ex-Mormons are saying about the documents since they’re more familiar with what they’re looking at.

It looks like the Church’s biggest liabilities continue to be their beliefs, which are no secret at all.