In 2008, Focus on the Family Predicted the Results of an Obama Presidency. They Were So, So Wrong. September 22, 2016 Hemant Mehta

In 2008, Focus on the Family Predicted the Results of an Obama Presidency. They Were So, So Wrong.

In 2008, Focus on the Family released a document called “Letter from 2012 in Obama’s America” warning people against the horrors that would result if John McCain and Sarah Palin didn’t win the election. My colleague Libby Anne revisited that letter in 2012 and she’s done it again now, just to see how the letter played out after a second Obama term. 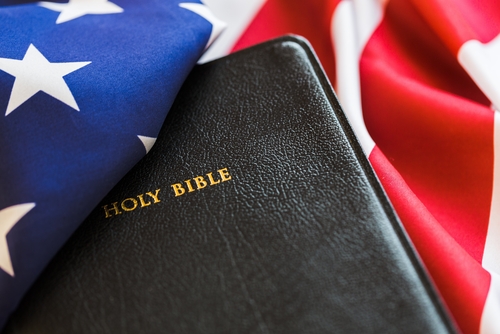 How many of the 34 fears actually came true?

By her count, “five were partly right and one balanced itself out.” You can see what she means in more detail right here.

The point is that this letter, like so much of what the Christian Right says, is just blatant fact-free fear-mongering. It shouldn’t be taken seriously by any thinking person. Focus on the Family believes it’s okay to lie to people — or exaggerate the truth despite what experts may say — as long as they’re doing it in the name of Jesus.

When will evangelicals admit that they’re being conned by their leaders?

September 22, 2016 Televangelist Jim Bakker: Liberal Watchdog Groups Are Monitoring What I Say and Killing Patriots
Browse Our Archives
What Are Your Thoughts?leave a comment