Yesterday, Pastor Steven Anderson was deported from Botswana, where he was in the middle of a “soul-winning” trip, after he reiterated his belief that gay people deserved to be executed by the government.

It only took a day for the delusional pastor to declare “victory”… because getting kicked out of a country for hate speech means he won the gold medal at the Martyr Olympics. 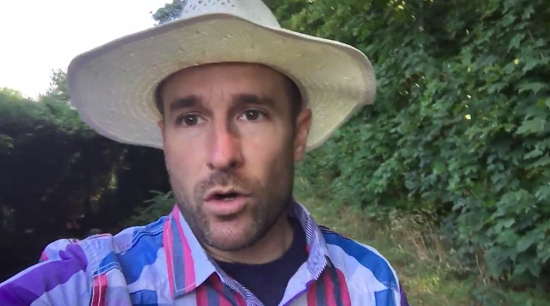 … I just wanted to make a real quick video just about what a great victory we had in Botswana. Of course, I’m not there anymore because I was deported… but everybody else is still there. I mean, by the time I left, there were well over 100 people that had already been saved…

I laughed so hard at that line…

How is Anderson spinning his deportation into a success story? By saying that his radio interview went viral and everyone heard him. Which makes as much sense as racist, sexist, hate-filled Donald Trump declaring how amazing he is because lots of people show up at his rallies just to watch the shit-show in person.

… This whole thing where I went on the radio, and all the media showed up, and I ended up, you know, getting taken out of there by immigration officers and deported from the country as a result of that radio interview?

That actually worked out great! Because, I mean, that went just so viral that just everybody heard about it. I mean, that’s just great that people over there are hearing the truth. They’re hearing the Word of God. And the majority of the people are on my side over there… All this did was just help spread the message more.

That would be the interview in which this exchange occurred:

ANDERSON: I made it very clear that I do not condone violence — I am a totally non-violent person — and I did not approve of a guy going in there and just shooting up the place [Pulse nightclub in Orlando], but I said I will not be sad about it or mourn about it because the people that were victims were disgusting homosexuals who the Bible says are worthy of death. The Bible says that the government should put them to death, so why would I be sad if these horrible people died that the Bible said should die anyway?

HOST: So you believe that the government should be killing homosexuals?

ANDERSON: Yes, I do.

That’s the love of Jesus right there…

You can hear a longer version of Anderson’s post-deportation story here and here. He talks about how the radio folks “brought in some compromising, phony, super-liberal, okay-with-homos Lutheran pastor, and then they brought in some fag, or whatever.”

I almost want to thank Anderson. He’s doing the work of atheists, making Christianity seem so despicable and cruel that any decent person ought to reject those beliefs once exposed to them.

September 21, 2016
Florida Woman Says Cop Gave Her Ticket Because of Her Christian Faith
Next Post