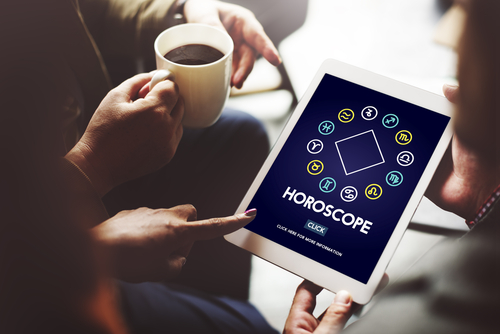 As someone who sees all of those things as pure unadulterated nonsense, part of me doesn’t really have a problem with that… but it’s also strange because it’s not like Canyonville bans the practice of religion, and what is that if not a giant barrel of bullshit beliefs?

It seems like the City Council selectively chose which form of rubbish to ban and it’s possible they made a constitutional mistake.

On Monday night, a citizen asked the City Council to repeal the ban:

Elona Wong, owner of Elona’s Circle of Healing Arts in Canyonville, brought the ordinance to the council’s attention when she asked if she could begin teaching astrology and practicing tarot card reading.

“It seems a little antiquated,” Wong said. “It seems like all other cities in this county don’t have an ordinance like this.”

We can and should criticize the whole idea of “teaching astrology” and tarot card reading, but I’m going to ignore that for a moment because the reaction to Wong’s suggestion was even more ridiculous than the classes she wanted to begin.

Look at how two other speakers at the meeting responded to Wong’s suggestion (and kudos to April Ehrlich of The News-Review for reporting them):

Jim Garrett, of Canyonville, compared the occult arts to opening a “house of prostitution.”

“It probably would make a lot of money, but is it uplifting to the community?” he asked the council. “Does it any way represent what the community has stood for all these years? No, and neither does the occult.”

Dale Hitt, of Canyonville, added that the occult arts could lead to satanic rituals.

“If (repealing the ordinance) brings in occult practices, it will develop into satanism, which practices the skinning of cats or whatever,” Hitt said.

“What about if they want to sacrifice babies, too, Dale?” Garrett asked. “That’s a religion, too.”

Maybe Dale Hitt can tell us where these cat-skinning Satanists are meeting since he has no clue what the hell he’s talking about… I ran his theory by Lucien Greaves of The Satanic Temple and he told me this:

Satanism is actually a cure for astrology, not something caused by it.

It’s troubling that the myth of Satanic cults skinning cats and engaging in ritual sacrifice still holds currency in our culture. Satanism seems to be the only religion in the world for which indignant mobs proclaim that its only true practice is violent and cruel, while the evidence is that its adherents truly respect personal sovereignty and individual dignity.

In other words, allowing people to practice pseudoscience will not open the door to torturing animals and murdering babies. Pour some salt on that slippery slope.

Look: If we really wanted to stop situations where silly beliefs led to unthinkable crimes, then the Catholic Church would have been shut down a long time ago.

For now, the City Council said they would review the 1982 ordinance’s legality to see if it should, in fact, be repealed. That’s the right move, and I suspect they’ll find that they dodged a bullet by not being hit with a lawsuit after all these years. Whether we like it or not, believing in bullshit isn’t a crime. There’s a difference between running a scam and promoting your sincerely held beliefs (even if they seem odd to everyone else).

I wouldn’t worry about animal cruelty or baby sacrifices when that ordinance is overturned. Murder is still prohibited. Even in Canyonville.

September 21, 2016
Pastor Steven Anderson Declares "Victory" in Botswana a Day After Being Deported
Next Post

September 21, 2016 Jesus Would Have Accepted the Bowl of Skittles
Browse Our Archives
What Are Your Thoughts?leave a comment