Jesus Would Have Accepted the Bowl of Skittles September 21, 2016 Hemant Mehta

Jesus Would Have Accepted the Bowl of Skittles

Donald Trump, Jr. recently tweeted a picture comparing Syrian refugees to a bowl of Skittles with some deadly ones thrown in. Not only does he lack any humanity, he doesn’t understand probability, completely overstating the proportion of terrorists to people who need our help.

I guess he was just taking advice from his father’s favorite book. 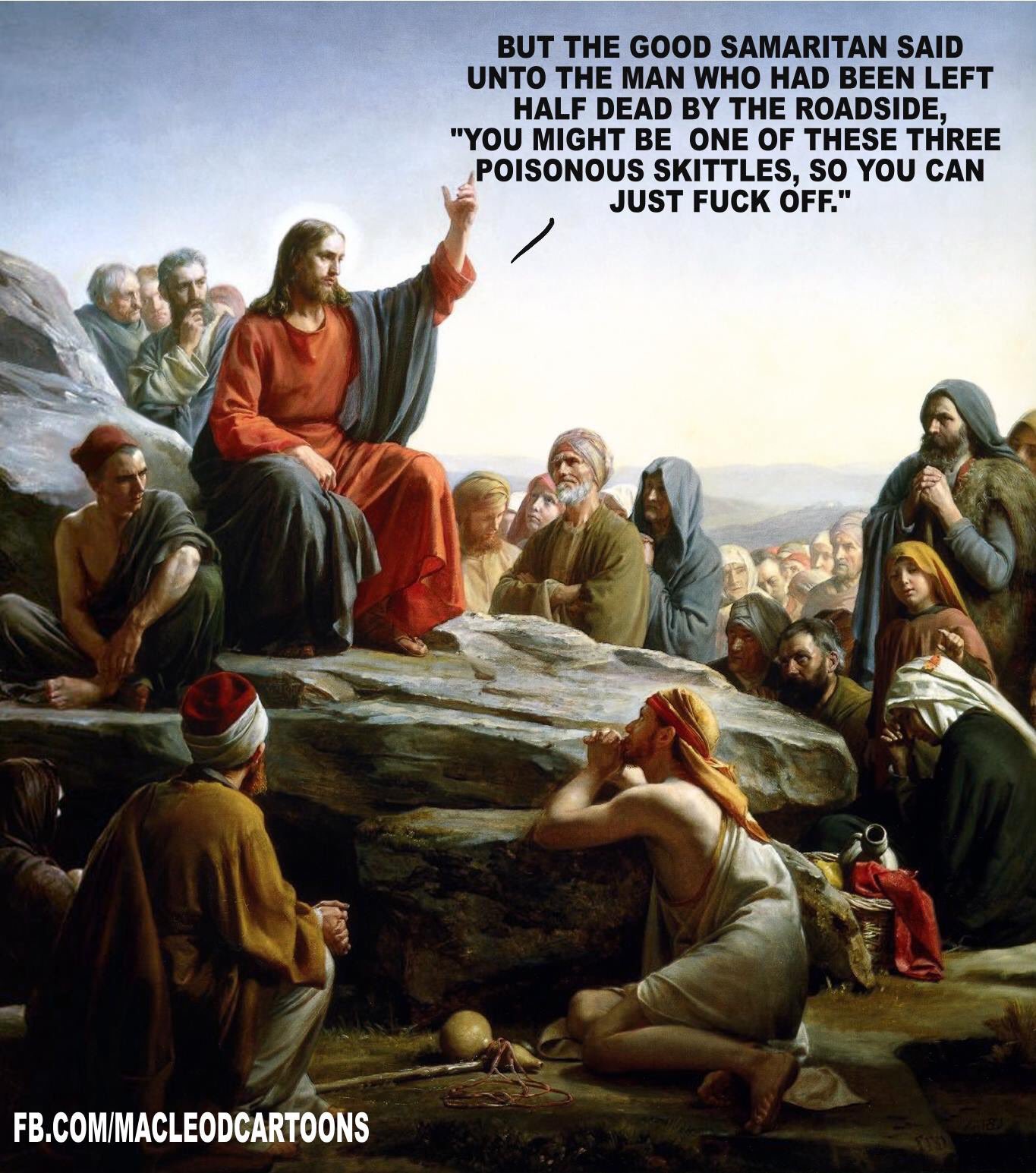 And then Jesus said, “I’ll Pharisee-you-later!” I’m sure of it.

September 21, 2016 It Takes More Than Logic to Make Sense of the World
Browse Our Archives
What Are Your Thoughts?leave a comment