Even if you don’t know Arizona’s Brother Dean Saxton, you know of preachers like him. He’ll tell women who don’t dress in a certain way that they should be raped. He thinks homosexuality is a sin. He knows you’re going to Hell and he’ll scream it from the rooftops.

This past May, one student responded to his provocations by assaulting him with a baseball bat. 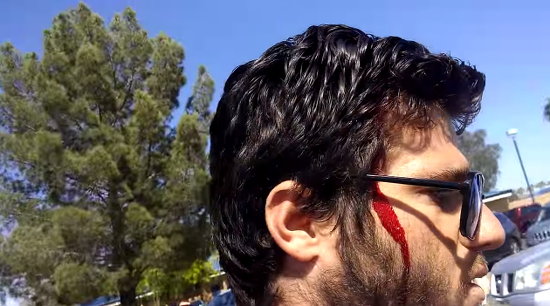 You can hear the loud thunk, then the gasp from the crowd, then cheers. As I wrote when it happened, say whatever you want about his rhetoric, but no one deserves violence in response to something they say. Even Saxton has the right to be an asshole without worrying that he’ll be physically harmed. (Tabitha Brubaker, the student who attacked him, was arrested and lated charged with aggravated assault.)

Do you know how dirty I felt defending a campus hate preacher?!

Anyway, Brother Dean is now back in the news. He allegedly assaulted a University of Arizona student, kicking her in the chest as she came up to talk to him.

(If the videos below aren’t working for you, turn off the ad blockers.)

Saxton has been accused of kicking a woman in the chest and has been banned from the UA campus for one year.

Sgt. Filbert Barrera, spokesman for the UAPD, said Saxon was given an one-year exclusionary order and has 10 days to contest it.

Saxton was booked into the Pima County Jail on an assault charge. Bond was set at $641 and he is expected to appear in court…

Saxton was arrested while holding his Bible and wearing a shirt with the word “homo” crossed out in the front and “God Hates Sin” on the back. Either he doesn’t think kicking women in the chest is a sin or Saxton hasn’t read the “turn the other cheek” portion of the Bible yet. 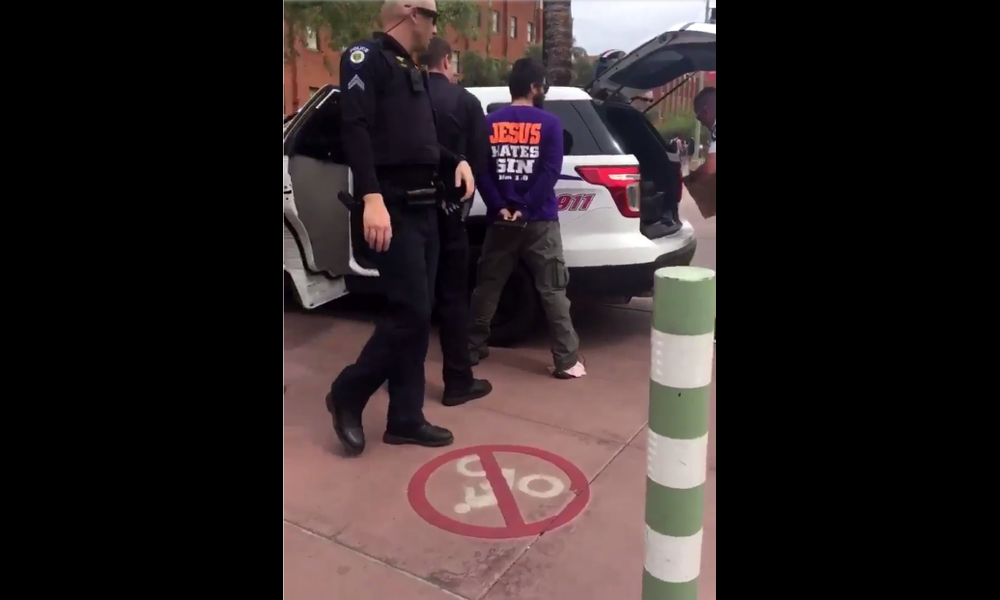 he still holds his bible as he's getting arrested pic.twitter.com/3It1QgiL03

A man who believes women deserve rape got in trouble for allegedly assaulting one. Who saw that one coming? (I see your hands. You may put them down now.)

September 21, 2016
Mother Explains How She Changed Her Anti-Vaxxer Views After Her Kids Nearly Died From Rotavirus
Next Post

September 21, 2016 Florida Woman Says Cop Gave Her Ticket Because of Her Christian Faith
Browse Our Archives
What Are Your Thoughts?leave a comment