It’s hardly surprising that the Amazing Atheist, who has more than a million subscribers on YouTube because of his contrarian (usually anti-feminist) videos, thinks Donald Trump would be a nice change of pace in politics.

But it’s also the height of irresponsibility to offer a couple vague reasons about how the other side is bad, too without acknowledging how Trump would make things markedly worse. TJ Kirk says he probably won’t vote, but for the million+ people listening to him, he suggests voting for Trump. 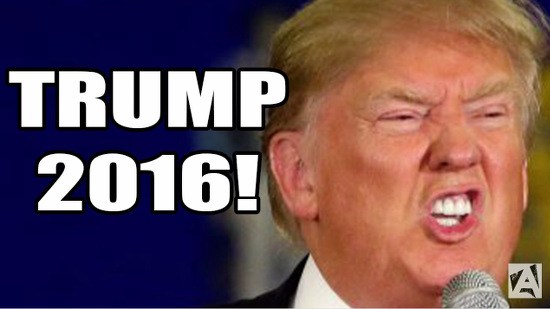 Kirk doesn’t care about whether Trump is elected. His life and his well-being have little riding on the decision. If the world burns, his bubble won’t be affected.

For the rest of us, though, this isn’t a game. If a professional troll gets into the White House, we have a lot to lose.

I care about science. I don’t want someone in the White House who denies climate change along with his Vice President (who also rejects evolution). Or someone who wrongly thinks vaccines cause autism.

I care about church/state separation. I don’t want a puppet of the Religious Right in the Oval Office (again). I don’t want someone who thinks pastors are persecuted because they can’t endorse politicians from the pulpit. Or someone who thinks employees saying “Merry Christmas” at work is the ultimate religious freedom problem. Or who thinks Christians should have even more power than they do already.

I care about LGBT rights. I don’t want a President whose Supreme Court nominees have already shown their ignorance on the topic and who would easily reject civil rights given the opportunity.

I care about the people he wants to deport and the families he wants to break apart. And the economy his ideas will wreck. And the subjects of his bullying and name-calling and lies. I care about not making this country an embarrassment again when we just had eight years of being led by a worldwide icon (even if you didn’t always like him).

TJ doesn’t give a shit about any of that, apparently. He thinks Trump would shake things up and help move the GOP a little more to the left on certain issues. I have my doubts about that, but here’s a thought: If you like your politics a little more liberal, vote for the party that’s already there and moving even further in that direction.

Look: There are some valid reasons to be critical of Democrats. TJ spends all of a few seconds discussing them. But his main reason for liking Trump is that he just wants to see what’ll happen. We already know what will happen. Conspiracy theories will flourish, dissenters will be punished, and the loudest voices will get more attention than the intelligent ones.

The problem with Trump isn’t just that he “blurts out” what other politicians already think, as TJ claims. The problem is that we have someone who has no ideas surrounding himself with people who have bad ideas.

Say what you will about Hillary Clinton — and there are legitimate reasons to criticize her proposals — but she’s someone with lots of ideas who will surround herself with people willing to challenge all of them. That’s the sort of leadership I appreciate. Her mistakes, which she’s apologized for, are hardly proportional to the amount of coverage they’ve received, and her understanding of the issues is unmatched by anyone else running for office.

Saying you’re not going to vote — or that Trump would be the better choice for those who do — is careless and stupid when more than a million people might be listening because they see you as a voice for progressive sanity.

If you want to make a case for Trump, then make a real case. Show us that you understand the issues and prove that his ideas — which rarely go into detail and which are widely derided — make more sense than hers. Tell us why science and civil rights and critical thinking and reason mean nothing to you as an atheist.

But don’t sit there and pretend a President Trump would be better for all Americans just because Clinton wouldn’t be nearly as exciting. There’s too much riding on this election to perpetuate that sort of ignorance.

September 19, 2016
Man Admits to Killing Cancer-Surviving Daughter, But Not Before Asking God to Intervene
Next Post