This Question on a Math Test is Really Homophobic (Also, I Solved It) September 17, 2016 Hemant Mehta

This Question on a Math Test is Really Homophobic (Also, I Solved It)

For some reason, when a teacher handed out a math test at the Royal Grammar School in High Wycombe, England, there was a strange bit of homophobic editorializing in one of the questions: 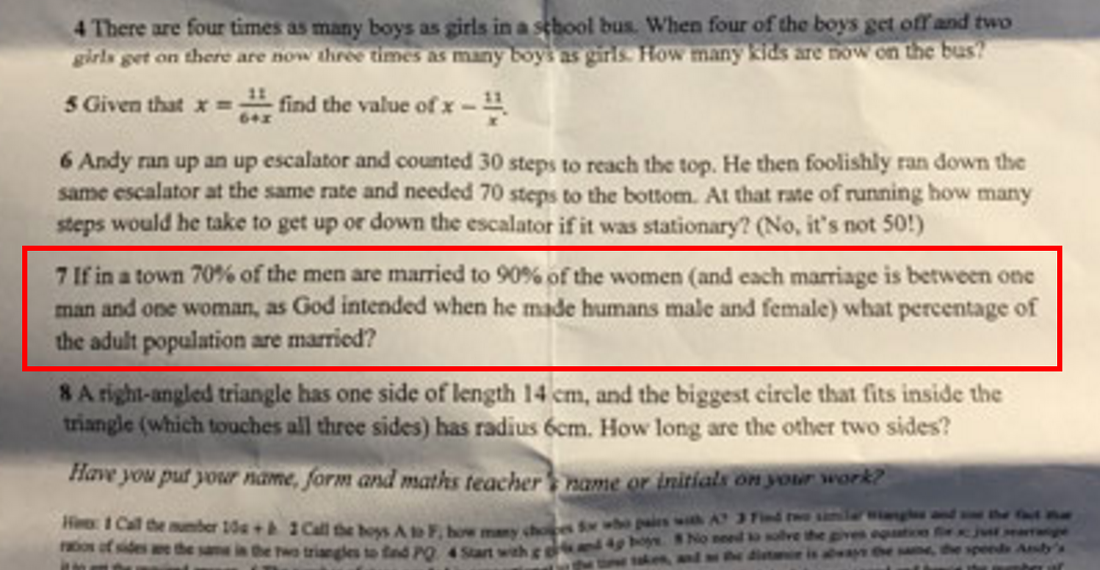 If in a town 70% of the men are married to 90% of the women (and each marriage is between one man and one woman, as God intended when he made humans male and female), what percentage of the adult population are married?

Since the image of the exam went viral, the school has said the question was written by a former teacher who still occasionally volunteered at the school. The problem, in other words, was oversight, not bigotry. And Headmaster Philip Wayne insisted that the teacher in question will not be welcome back at the school. That’s all you can ask for at this point.

The only thing I’m wondering is whether this teacher gave this question to students in previous years. If he did, did no one care? Or are we just in an age where students know better than to remain quiet in the presence of anti-gay bigotry?

By the way, in case you’re wondering how to solve the problem, I got bored last night… so here you go. If the formatting is weird or I made a silly mistake, blame the infant. 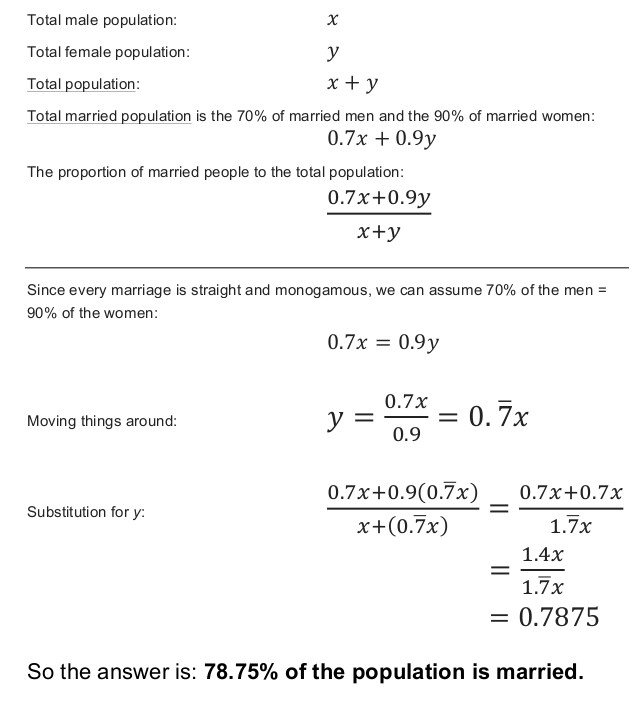 Still a horribly written question, though.