Televangelist Jim Bakker: God Told Me “The Polls Could Be Wrong” About Donald Trump

It’s one thing when belief in God makes you reject science… but math?

Televangelist Jim Bakker was getting worried recently since all the polls showed his preferred candidate Donald Trump losing the presidential race in a landslide. While nationwide polls have tightened up considerably since last week, Bakker was concerned enough that he asked God why this was happening.

God’s response? “The polls could be wrong.” 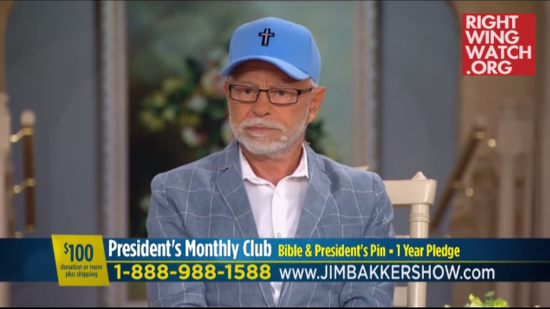 That response is so desperate, it makes me think God is on Trump’s payroll… After all, since when are Trump supporters ever quiet? And if the polls are wrong, why does Trump constantly tweet about them when they make him look good?

I’d love to know how Bakker will respond if and when Trump loses the race. What message will God be sending him then? Hopefully one that says, “Stop dragging Me into this.”

September 17, 2016
A Former Muslim Shares the Story of Why He No Longer Accepts Islam
Next Post