Authors Peter Boghossian, James Lindsay, and Phil Torres have an article at TIME.com all about how atheism can be an antidote for religious extremism. 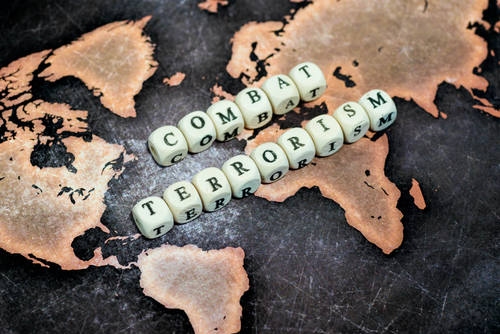 That’s a fine stance to take. Reason, logic, and evidence-based thinking should be a way to counter dogmatic, violent nonsense. It gets tricky, though, when you realize atheists have different ideas of what’s reasonable — hello, atheist Donald Trump supporters — and different methods of getting their messages across. A lot of them are off-putting, the authors claim, and that needs to be fixed.

… The condescending speech of New Atheists — calling religious people delusional, for example — is not an effective cross-cultural strategy for generating change.

The next chapter in New Atheism will require a more nuanced, if not gentler, pen. The Dutch-American Somali-born author Ayaan Hirsi Ali, for example, has eloquently argued that Islam needs an internal reformation before intellectual and religious pluralism can become commonplace in the Islamic world. Atheism, Ali points out, is a logical step that comes after Enlightenment values like rationalism and tolerance, and the liberties of a free, open and secular society are in place.

To that end, New Atheists have begun reaching out to collaborate with moderate Muslims and, arguably more importantly, ex-Muslims…

They’re not necessarily wrong about condescending speech, but as we’ve heard many times before, there’s no nice way to tell people their sacred beliefs have no basis in reality. Given the alternatives, saying the beliefs are “delusional” is probably one of the kinder ways of putting it.

Frankly, I don’t mind some people if some people are blunt about it to the point where it may backfire. There’s a difference between being impolite with your criticism and treating others as if they’re beneath you. The latter is awful; the former I could live with. What we need are people of all stripes willing to criticize religious ideas and irrational thinking. How they do it isn’t nearly as important as the fact they’re doing it at all.

Side note: It’s a little strange to hear these authors embracing the term “New Atheism,” as if it’s an accurate term and not just a way for journalists to describe atheists who aren’t afraid of saying so out loud. It’s typically a way for them to describe us, not a way we describe ourselves.

September 17, 2016
Arkansas Man Protests Proposed Satanic Statue Near Capitol Because It Will "Invite the Devil"
Next Post