In 2014, Dr. Mehmet Oz testified before Congress at the request of Senator Claire McCaskill about a scam he promoted on his talk show. He already had a reputation at that point for pushing pseudoscience using his credentials as a once-respected doctor. 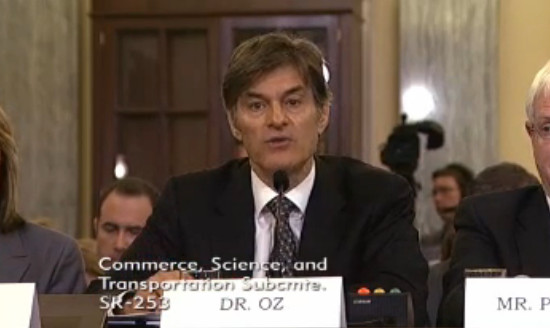 McCaskill’s pointed questioning made you wonder which of them was the trained medical professional. The senator made it clear to Oz that:

… the scientific community is almost monolithic against you in terms of the efficacy of the three products that you called miracles. And when you call a product a miracle, and it’s something you can buy, and it’s something that gives people false hope, I just don’t understand why you needed to go there.

So after Donald Trump sat down for an interview with Dr. Oz this week, McCaskill was brutal in her assessment of both during an appearance on Morning Joe:

“I mean, one of them says, you know, take a pill and you’ll be thin — from your lips to God’s ear, wouldn’t we all love that?” she said. “Not true, not medically true, not scientifically true, and Dr. Oz knows it, and he does it all the time.”

“Then we’ve got Donald Trump promising things that are totally not true, lying every time, almost, he opens his mouth,” McCaskill continued. “So I think it’s a marriage made in heaven, Dr. Oz and Donald Trump.“

Heaven isn’t the first word that came to my mind…

But I appreciate a sitting senator who calls out bullshit, whether it’s in the Trump campaign, in popular culture, or at the intersection of the two worlds.

September 16, 2016
David Barton, Who Lies About His "Doctorate," Says People Shouldn't "Change the Meaning of Words"
Next Post