Florida Principal Tells Students They Will Be Punished for Protesting the National Anthem September 15, 2016 Hemant Mehta

Principal Ryan Nemeth of Lely High School in North Korea Naples, Florida has a message for students who don’t stand for the National Anthem: Obey or be punished. 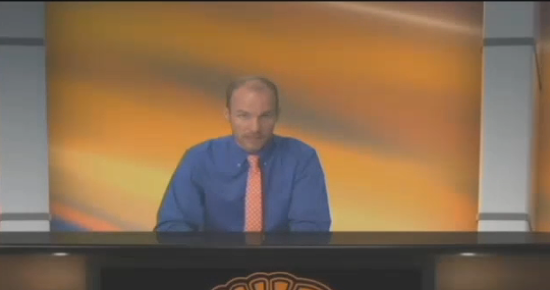 “You will stand, and you will stay quiet. If you don’t.. you are going to be sent home, and you’re not going to have a refund of your ticket price,” he told them.

YOU WILL LOVE THIS COUNTRY OR ELSE, YOU UNDERSTAND ME?!

Forget that. Has Nemeth ever heard of the law? Students don’t have to stand for the National Anthem. Hell, if they feel like it, they can burn a flag when they get home from school. They have that right.

What Nemeth said in a video announcement isn’t just wrong, it’s a horrible idea, as if forced patriotism is the only way to show respect for the country.

I would love to see some brave students defying Nemeth’s idiotic proposal by conducting a mass sit-in during the Anthem at the next game. He can’t do anything about it.

It’s appalling, really, because you have to wonder how awful the government classes are at this high school. Do they not teach students about the Constitution anymore?

What happens to students who refuse to say the Pledge of Allegiance? Are they punished, too?

What happens to athletes who remain seated during the Anthem? Will they be allowed to play at all?

Will Nemeth be disciplined in any way for his comments?

When will Nemeth issue an apology? (When he stops being an ignorant fool, I would also love to hear him explain — in a video to the students — why he’s wrong about this issue.)

I’ve sent many of these questions to the Collier County School District, but haven’t heard back as of this writing.

***Update***: The District responded to my questions… without answering most of them. Instead, they simply announced a different policy from the one the principal said earlier. Now, only students who are disruptive will be punished, but those who sit quietly during the Anthem will be fine. As for athletes, the District says they need a note from their parents to sit during the Anthem, something I’m sure church/state separation lawyers would strongly disagree with…

“The statement made by the principal of Lely High School arises out of a context in which students in the stands at a school athletic event were being disruptive at the start of and during the national anthem. He has spoken with our students to explain that his statement was based upon the disruption that school administrators observed occurring.

The district recognizes a student’s First Amendment right to express his/her thoughts and ideas. However, the law recognizes that such a right is not unfettered. If the conduct or action taken, based on that right, is disruptive, then a school official can take corrective action. This would apply to in-school actions or behaviors at school-sponsored activities after hours. Thus, if a student paid to see a game and sat quietly in the stands during the national anthem, we would not remove the student. The student is seeing the game at that point as a member of the public. If, however, the student is disruptive during the anthem, or any time during the game, then, like a disruptive member of the public, we could ask them to be removed for the remainder of the game.

With respect to students who participate in district athletic programs, consistent with Florida statutory requirements relative to the Pledge of Allegiance during the school day, we will work with parents to advise that if their sons or daughters do not participate in the Pledge of Allegiance or the national anthem, they will need to provide the principal with a written note excusing them.”

“This coercive policy discourages the critical thinking and thoughtful dissent that our public education system should be fostering in its students,” said [Legal Director David] Niose. “True patriotism is upholding the First Amendment right to free speech.”