The Satanic Temple’s New Building In Salem, MA Is Right By a Fundamental Baptist Church

***Update*** (2:35p): I just heard back from a representative from the True Gospel Baptist Church, and she told me that they moved from the Bridge St. location in June. So they are no longer across the street from The Satanic Temple’s future home. It’s a missed opportunity for everyone, I tell you.

Well, it’s not like The Satanic Temple was going to work out of Mississippi…

The provocative group announced late last night (via email) that the doors would open on their new Salem, Massachusetts headquarters on September 23. 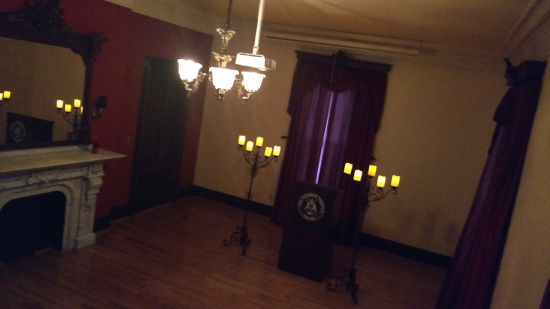 The headquarters resides at 64 Bridge Street in an old Victorian mansion built in 1882 that was once used as a funeral home. TST headquarters will also house the seven-and-a-half foot tall bronze statue of Baphomet until an offer to donate the statue for presentation on Arkansas State Capitol grounds alongside the Ten Commandments is accepted.

In addition to displaying the one-and-a-half ton statue of Baphomet, TST will open the property to the public as the Salem Art Gallery — a gallery with a permanent exhibition dedicated to “Satanic Panic” witch-hunts of the past and present. The space will also host a media room where the organization plans to hold regular lectures, film screenings, educational seminars, and others events.

Sounds not-at-all controversial… though critics will be happy to know there’s a sidewalk right outside for future unnecessary protests.

Also interesting? A quick Google Maps search of the location shows that it’s right across the street from the True Gospel Baptist Church, an “independent, fundamental Baptist church.” That would be the same denomination that people like Pastor Steven Anderson belong to. (Edit: A reader who belongs to an IFB church kindly informed me that this church and Anderson’s church have little in common. This particular one is probably more in line with the doctrine preached at a place like Pensacola Christian College. My apologies for the mistake.) 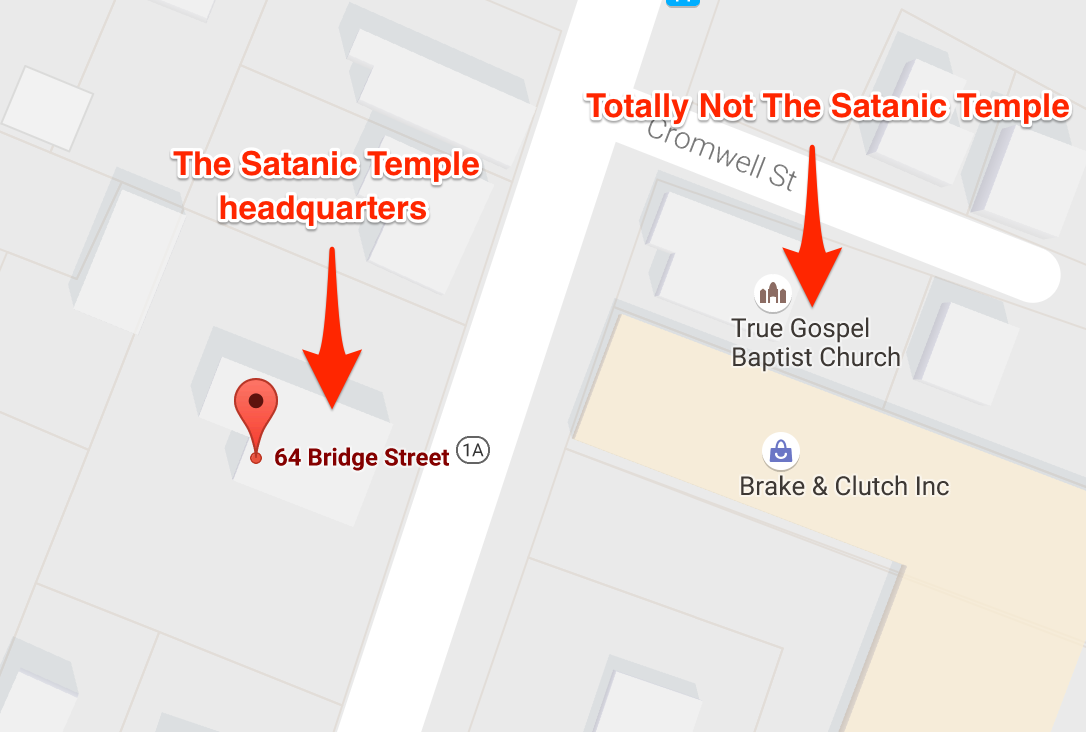 I called the church to get their thoughts on their soon-to-be neighbors, but no one answered. They have also not responded to an email inquiry.

Not that they should be worried. It’s not like the Satanists are there to disturb the peace or hassle them in any way. If there’s any problem, it won’t be coming from the godless side of the street.

Temple spokesperson Lucien Greaves told me the building was donated by a benefactor, though they will be responsible for paying all other maintenance costs. Zillow values the property at $452,622.

***Update***: The church’s website lists their address as a couple of blocks away from the location mentioned above, though other websites list the location I have above. I’ll provide another update when I know more.