The NCAA Is Moving Championship Games Out of North Carolina, and the GOP Isn’t Taking It Well September 13, 2016 Hemant Mehta

The NCAA Is Moving Championship Games Out of North Carolina, and the GOP Isn’t Taking It Well

Nearly two months after the NBA announced that it was moving the 2017 All-Star Game out of North Carolina due to the state’s discriminatory HB 2 law (which “bans local municipalities from enacting non-discriminatory ordinances designed to protect” LGBT people), the NCAA is following suit. 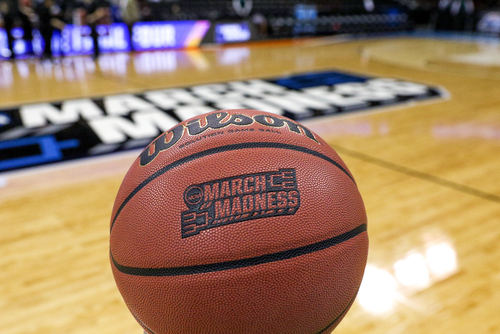 The group’s board of directors said yesterday it would move seven championship events elsewhere — including the opening rounds of the Men’s Basketball tournament — so that the locations would adhere to the NCAA’s “long-standing core values of inclusion, student-athlete well-being and creating a culture of fairness.”

That’s a bit rich coming from an organization known for exploiting its players… but it’s hard to argue against the move. Hell, it’s been a while since I’ve heard this much universal praise for anything the NCAA has done.

In announcing its decision Monday, the NCAA stated current North Carolina laws “make it challenging to guarantee that host communities can help deliver” on that requirement.

Not if you’re the North Carolina GOP, which issued a press release last night just reinforcing how ignorant they are about issues involving LGBT people.

“This is so absurd it’s almost comical,” North Carolina Republican Party spokeswoman Kami Mueller said in a statement. “I genuinely look forward to the NCAA merging all men’s and women’s teams together as singular, unified, unisex teams. Under the NCAA’s logic, colleges should make cheerleaders and football players share bathrooms, showers and hotel rooms. This decision is an assault to female athletes across the nation. If you are unwilling to have women’s bathrooms and locker rooms, how do you have a women’s team??

“I wish the NCAA was this concerned about the women who were raped at Baylor,” Mueller continued. “Perhaps the NCAA should stop with their political peacocking — and instead focus their energies on making sure our nation’s collegiate athletes are safe, both on and off the field.”

As if Republicans who want to force women to give birth to their rapists’ babies suddenly care about that issue…?

In any case, no one’s asking the NCAA to disregard gender. And no one’s asking men and women to share bathrooms. The whole point of allowing trans people to use the appropriate bathrooms is to make sure that doesn’t happen. The Republicans in North Carolina — and the conservative Christians who make up their base — still haven’t educated themselves on this issue.

And if the GOP wanted to stop all the “political peacocking,” maybe they would stop wasting time disenfranchising black voters.

This was just a foolish statement made by an ignorant person representing a bigoted party. Hillary Clinton was right: Republicans like Mueller are deplorable. They prove it every day.

You have to be pretty damn despicable for the NCAA to win a battle of moral decency, but Governor Pat McCrory found a way to make it happen.

September 13, 2016
Internet Exorcist Bob Larson Looks Even More Ridiculous Than Usual in This Video
Next Post

September 13, 2016 Camden (NJ) Diocese: Student Athletes Who Don't Stand for the Anthem Will Be Suspended... or Worse
Browse Our Archives
What Are Your Thoughts?leave a comment