Jesus-Loving Former Ohio Mayor: The 4-Year-Old Girl I Raped Was a “Willing Participant”

Keenan said the opportunity for government service should make officials want to do their best. “It’s not about me … it’s about serving the people,” he said.

Keenan also brings another element to the office. “I’m a Christian. Dedicating my life to Jesus has changed my life,” he said. “Don’t preach it, but live it” is a practice he takes to heart. That idea is wrapped up in wanting the best for his town.

Wait. Sorry. That’s from 2010, when Keenan was sworn in as mayor, a position he held for two years.

What’s the proud Christian up to now? 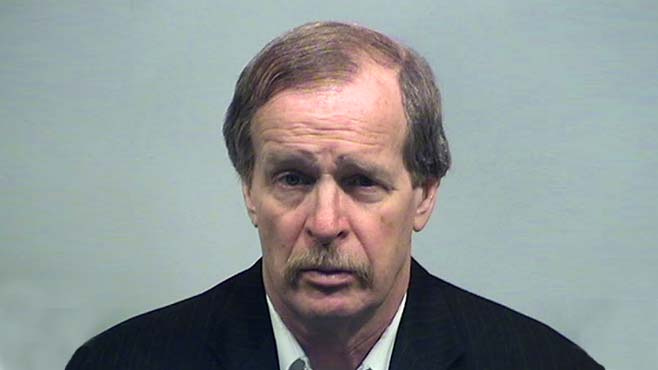 Apparently blaming a four-year-old girl for all those times he molested and raped her over the course of three years, calling her a “willing participant” and suggesting that she initiated it.

According to the filing by Assistant Prosecutor Gabriel Wildman, Keenan, 65, made the admissions to his wife, a pastor, a social worker and his brother and sister-in-law.

It states that after Keenan voluntarily admitted himself into a Warren psychiatric facility after his release from Trumbull, he told a social worker “he was feeling suicidal because he had been molesting the child victim for approximately the past two years.” It states that during those discussions, Keenan blamed the victim for initiating the acts and called her a “willing participant.”

Don’t worry, everyone. I’m sure he wasn’t a True Christian™ when he was raping her.

Wonkette’s Robyn Pennacchia explains the possible obstacle in this case:

Yeah, you sure would think that with alllllllll of that confessin’ that Keenan would not have the balls to say he’s not guilty, but apparently he does! Because some of those confessions could be considered privileged, prosecutors may have trouble getting them into evidence. In Ohio, however, if a spouse wants to testify against their partner, they are allowed to do so. And for some reason, I’m not too sure that Diane is going to decline. I sure as hell wouldn’t. Someone who thinks a 4-year-old is seducing them is probably not someone you wanna be married to or protect.

Let’s hope his wife does the right thing.

Keenan, who pleads not guilty to the charges despite his confession, will begin his trial next April. He’s currently free on $75,000 bond. Jesus still loves him.

September 13, 2016
Don’t Inject Your Religious Beliefs Into My Grief
Next Post

September 13, 2016 Football Announcer Who Said Anthem Protesters Should Be Shot Resigns, But Says He Was Misquoted
Browse Our Archives
What Are Your Thoughts?leave a comment