In a new video for Big Think, Penn Jillette suggests an atheist alternative to prayer: Instead of asking God for material things or thanking Him for watching over you, he suggests we reflect on what we could have done better over the course of the day: 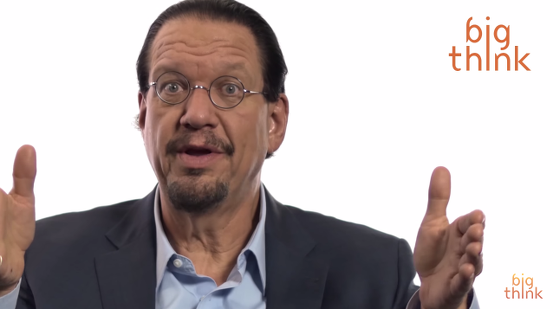 I say that with no joke. I’ll actually do that. And I run through conversations I’ve had and things I’ve done. One that comes up every night was, you know, should I treat Teller better? And the answer is always no. But I do reflect about it! I do think about it. I also try to think of what I want and how I can get there.

It’s excellent advice, no matter what you call it. Whether it’s prayer, or meditation, or keeping a journal, or just thinking about your own actions so you can make some self corrections, it’s a reminder that we have control over who we are and what we do.

Though there are nights when if I thought long and hard over how I could improve myself, I would never go to bed.

All in moderation, people.