Pumpkin Spice Lattes May Send You to Hell

Conservative Christians have an opinion on abortion, gay marriage, evolution, and more… but Pumpkin Spice Lattes? That’s a tough one. 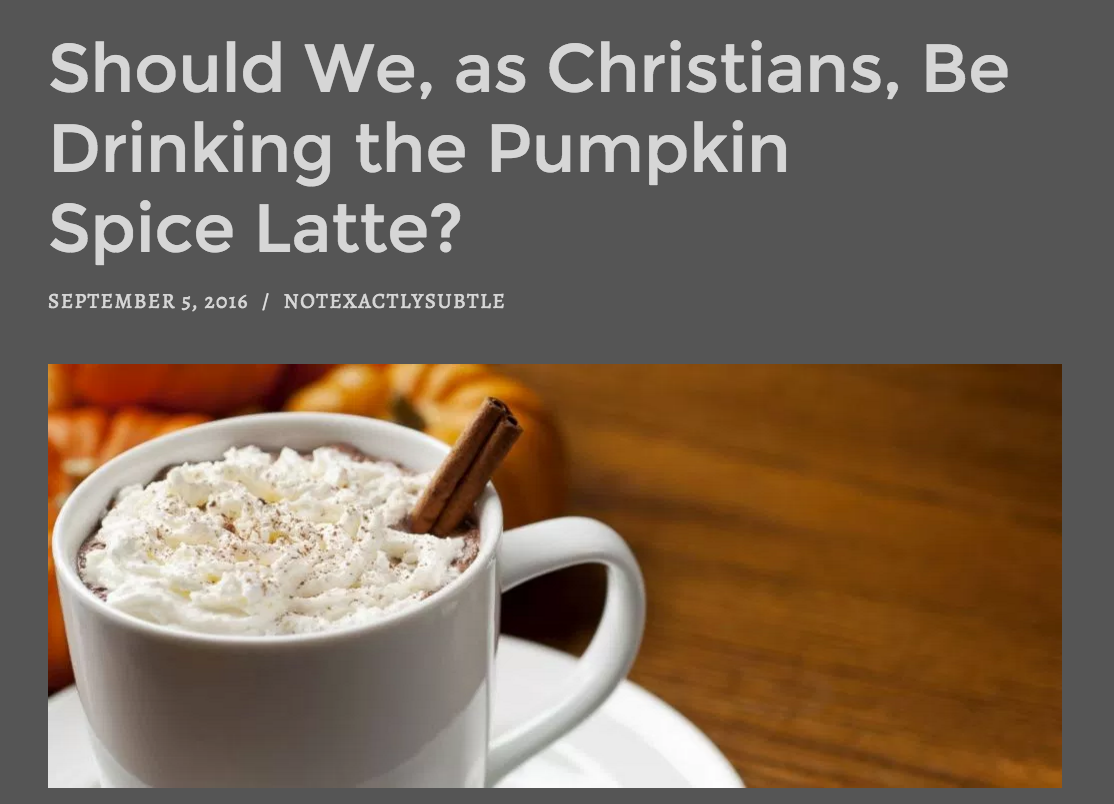 The entire entrance of sin into the world was caused by a unique creature offering a fruit to an unwitting female.

Can’t see the connection? No one has popularized the PSL like Starbucks. Just like Satan used the talking snake in the garden, he is using the call of the siren today. He doesn’t offer an apple or a pomegranate, but a pumpkin. And who is the most susceptible audience to this tempting offer? Females.

It all makes sense now.

Okay, okay, so the whole thing is satire. But it’s entertaining to read and makes just as much sense as all of their other beliefs.