An Atheist Asks: Was It Worthwhile to Chat with the Jehovah’s Witnesses Who Came By My House? September 10, 2016 Hemant Mehta

An Atheist Asks: Was It Worthwhile to Chat with the Jehovah’s Witnesses Who Came By My House?

In a video made public only now, TheraminTrees discusses a series of conversations he and his brother had with a couple of Jehovah’s Witnesses shortly after they (the brothers) both left their church. He wonders whether it was worth all the time. 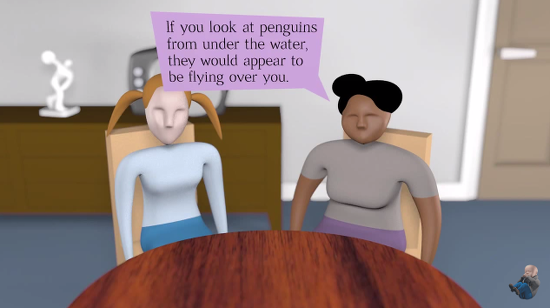 In short, every time the atheists bring up a reasonable objection to what the Witnesses say, they come up with even stranger rationalizations for their positions.

For example, when the Witnesses say that all birds fly, the atheists bring up penguins. To which the Witnesses eventually say penguins appear to be flying if you look at them from under water…

The atheists responded: Doesn’t that apply to humans and fish, too? No one would argue they fly.

The question TheraminTrees tries to answer is whether this sort of conversation is a gigantic waste of time. Nothing they said seemed to be getting through to the Witnesses… so was it worth it? He believes it was, even if it felt like speaking to a brick wall.

Be sure to stick around for the analogy with a teacher and a rebellious student.