A Muslim’s Plea to Pull His Kids from Music Class Was Rightly Denied by a Toronto School District September 10, 2016 Hemant Mehta

The Toronto District School Board in Canada requires elementary school students to take a music class, a move that one Muslim parent, Mohammad Nouman Dasu, believes goes against his religion.

He’s spent years trying to get his three children out of the class, but the District would only offer accommodations (like allowing the kids to clap their hands instead of singing or playing instruments). They weren’t going to be exempted from learning about music entirely. 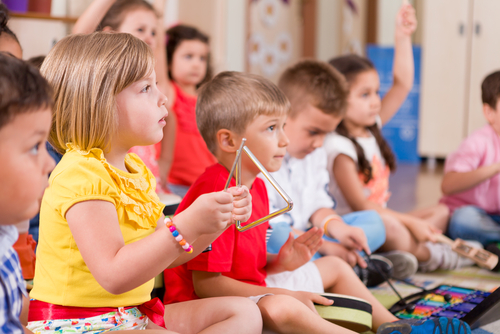 So now, a member of Dasu’s family will pick the kids up during music class and drop them back at school when classes resume.

Mr. Dasu, a Koran teacher who sometimes leads prayers at Scarborough’s Jame Abu Bakr Siddique mosque, says he has led the fight on behalf of parents. He has consulted with national Islamic bodies, and requested a letter from the leader of his mosque.

“We here believe that music is haram [forbidden]. We can neither listen to it, nor can we play a role in it,” said the mosque’s imam, Kasim Ingar.

To be sure, there are plenty of Muslims who disagree with their interpretation of the holy rules.

It may sound silly, but there’s a serious question that must be answered about how far religious accommodations should go. If Dasu sincerely believes music is un-Islamic, does the school have to accommodate his wishes in the same way they might allow a Muslim student to pray multiple times a day even if class is in session?

Plenty of people are saying no, including Muslim writer Zarqa Nawaz. She says the compromises offered by the District were perfectly reasonable and it was wrong for Dasu to reject them wholesale:

If a parent feels this strongly about an issue, they have two options: find a religious private school or home school. But to ask a public institution to create an environment that is micro-managed to appeal to every minute religious request is unreasonable. If you take the anti-music logic to the extreme, how can that parent buy groceries in stores where music is playing, eat in a restaurant or even go up an elevator in which many non-Muslims could get behind a music ban for the sake of some peace and quiet?

Muslims believe that Islam takes the middle road when it comes to dealing with issues. We are to be neither extreme in overindulgence or rejection.

… We have Muslim women and men creating art in the form of song, poetry, dance and music. Faith and fun don’t have to be mutually exclusive.

There’s another worry, too. If the District allows a Muslim child to get out of a mandatory music class, what would stop a Christian parent from demanding their kids get out of learning proper science, or sex education, or an English class with books that challenge their views?

Marcus Gee of The Globe and Mail offers additional examples:

He’s right. This is a slippery slope and the District did the right thing by not caving in. They were already willing to bend the rules for Dasu’s kids; breaking them completely is out of the question.

This isn’t a violation of a Muslim’s religious rights. This is a religious person making unreasonable demands of a public school district.

September 10, 2016
Alabama HS Football Announcer: If You Don't Stand for the National Anthem, You Should Be Shot
Next Post

September 10, 2016 Church Defends Pastor/HS Football Announcer Who Said National Anthem Protesters Should Be Executed
"Good. I’m not gunning for a murder verdict. He should get whatever is appropriate. It ..."
Synfandel TX Man Jailed for Setting Home ..."
"Thanks for your concern.I’m sorry for Mary. I suspect her cognitive dissonance is overwhelming. But ..."
BensNewLogin TX Man Jailed for Setting Home ..."
"The death of a child is quite unlike any other loss. One expects to eventually ..."
She of Penultimate Pulchritude “Psychic Medium” Thomas John Fell for ..."
"Yeah, trump is as much a devout Christian as I am. No wait, he's not ..."
Marly Duran Pastor to Pro-Conspiracy Crowd: “Trump Gave ..."
Browse Our Archives
What Are Your Thoughts?leave a comment