Last Friday, on the opening weekend of the college football season, Army beat Temple 28-13 and celebrated in the locker room. That celebration, however, included a prayer led by one of the assistant coaches, and the Military Religious Freedom Foundation immediately called them out on it. They were spurred by emails from multiple members (including some from Christians).

Coach-led prayers shouldn’t be happening at public schools anyway, but the Army? That’s especially egregious and sends the message that our military is promoting Christianity.

While the original video of the prayer was removed from YouTube and replaced with the edited video below, no one denies what took place. 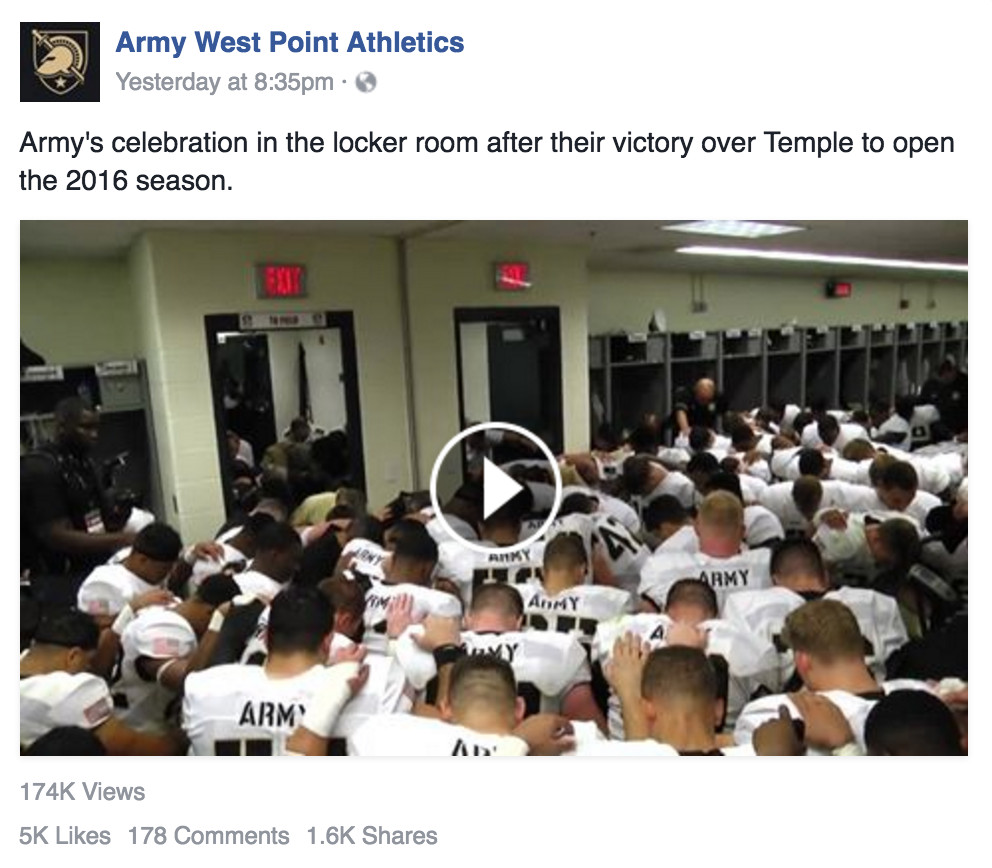 West Point spokesman Lt. Col. Christopher Kasker said this week that they would be looking into the matter:

“As a result of this allegation, West Point officials are conducting an inquiry into the matter,” Kasker said. “The video, which was posted on social media, was removed pending the inquiry.”

“We’re satisfied that this will be taken care of,” Weinstein said, adding that his foundation seeks an admission of wrongdoing and an apology from [head coach Jeff] Monken, as well as assurances that the coach will adjust his postgame ritual.

To be clear, the players could pray on their own after the game — they could do it as a team and they could do it in the locker room. Prayer isn’t the issue here. The problem is that a member of the coaching staff led the prayers. Students were expected to participate and there’s a level of coercion involved when a coach tells you to do something. That same pressure isn’t there when it’s just your peers. After all, your buddies don’t dictate your playing time. (Edit: I’m told that in the Army, unlike other schools, there is hierarchy even among students. That means a student led prayer might be a problem if we’re talking about a higher ranking official coercing a lower ranking one.)

The right thing to do is for Monken to apologize and assure everyone that he nor his staff will lead any prayers in the future. That’s not an anti-Christian gesture. That’s a pro-Constitution gesture. 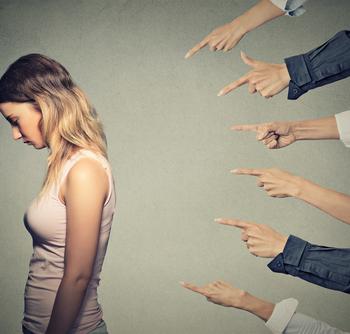 September 9, 2016
After a Youth Pastor Raped a Girl, Their Church Asked the Victim to Apologize to the Pastor's Wife
Next Post

September 9, 2016 Hillary Clinton to Religious Audience: We Need a President "Who Will Pray With You and For You"
"It is an option the entity can avail themselves of, or not, and change their ..."
Anri Podcast Ep. 358: What Joe Biden’s ..."
"Well, Kate, in a way you were right, the four years of #45 most certainly ..."
CorporalKlinger Here Are Preachers Predicting Trump’s Re-Election… ..."
"His god also punishes abortion by sending tornadoes thru the most anti abortion neighborhoods he ..."
Pennybird Scott Lively: God Let Trump Lose ..."
"So atheists are fine with any gods as long as they don't have to see ..."
Joe DeCaro A Christian Wants Norway to Stop ..."
Browse Our Archives
What Are Your Thoughts?leave a comment