A Virgin Mary Statue Helped Me Win $1.2 Million, Says Man Who Doesn’t Get How Luck Works

The problem with the lottery is that smart people usually don’t play it, and people who win usually have awful rationalizations for why they were the lucky ones. 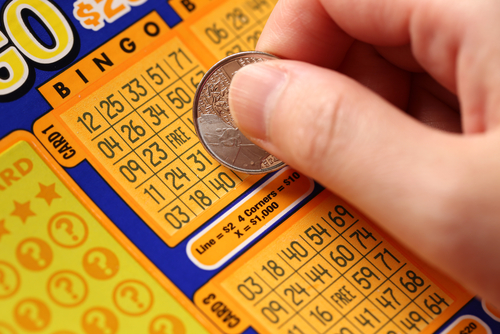 Daniel Mendez of San Jose told California Lottery officials he has been watering the flowers his wife planted around the Virgin Mary statue at Our Lady of Refuge Catholic Church “every four or five days” since last year, and he always follows up the tradition by purchasing $4 worth of lottery scratch-off tickets.

Mendez’s routine paid off recently when one of his two Set for Life Scratchers turned out to be a winner for the top prize of $1.2 million.

No. That’s not how statues work. The Virgin Mary didn’t care when Mendez bought tickets for the past year, and she didn’t care this week. She doesn’t care about anything. She’s a statue. She is not sentient.

He won because he happened to pick up the right ticket at the right time. He could easily have given credit to the red lights on his route to the CVS Pharmacy where he played the game.

But that would have been silly, too, because red lights, like statues, don’t give a damn about your life.

(Image via Icatnews / Shutterstock.com. Thanks to Scott for the link)

September 8, 2016
God Won't Change the Weather for Your Wedding Day
Next Post

September 8, 2016 James Croft on Jedi Mind Tricks for Secular Activists
Browse Our Archives
What Are Your Thoughts?leave a comment