13 People May Have Drowned in India While Trying to Immerse an Idol of Ganesh in a River September 8, 2016 Hemant Mehta

More than a dozen people have apparently died in Karnataka, India while performing a superstitious ceremony in the Tungabhadra River.

According to The Hindu and a few other websites, nearly two dozen people took a small boat into the middle of the river because they wanted to immerse a clay idol of the Hindu deity Ganesh in the water. (This is part of a long-standing ritual that takes place during the Ganesha Chaturthi festival.)

But the boat capsized due to heavy currents, and an estimated 13 people are said to have drowned in the tragedy. (The video below may be graphic for some.) 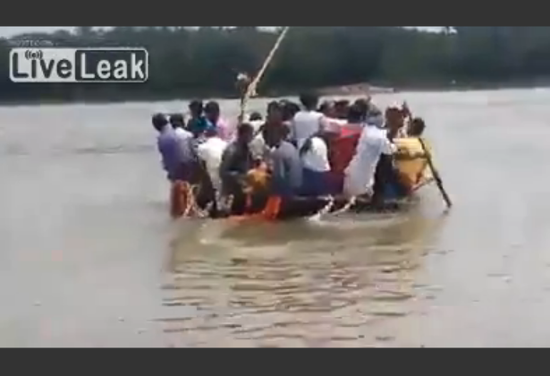 Take the numbers with a grain of salt. Different news reports cite different numbers (of people who died and people on the boat), and very few credible details are available.

But what boggles my mind is why so many people would fill up that (excuse for a) boat, as if nothing bad would happen because they were performing a religious ritual. Did they take an idiotic risk because they wrongly assumed the gods were watching over them?

That’s what the story seems to be at the moment. How awful that so many people may have died due to an irrational belief.

(Thanks to @misharrrgh for the link)

September 8, 2016
Over the Past Few Months, An Atheist Group Has Helped 10,000 People Leave the Church of Denmark
Next Post