Should Pediatricians Turn Away Parents Who Don’t Vaccinate Their Kids? September 7, 2016 Hemant Mehta

Should Pediatricians Turn Away Parents Who Don’t Vaccinate Their Kids?

What should pediatricians do with parents who refuse to vaccinate their children?

Should they refuse to treat the kids, further punishing the victims for their ignorant parents, or should they do their jobs while reminding the parents of why vaccinations are so important, trying to walk them away from the ledge of conspiracy theories? 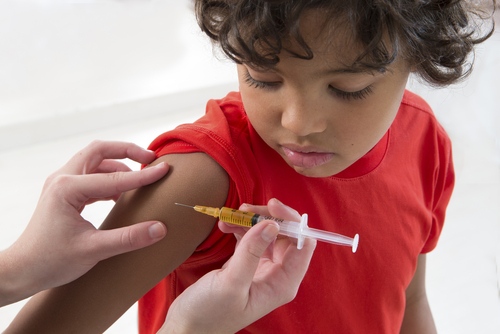 The American Academy of Pediatrics recently said slamming the door on anti-vax parents was an acceptable approach by doctors, and added that the percentage of doctors doing that has doubled from 6% in 2006 to 12% in 2013.

But there’s a reason not to turn them away. In a world full of misinformation, these doctors may have the best opportunity to change the parents’ minds:

“We find parents who are very rational are acting very irrationally,” [Nemours duPont Hospital for Children director of pediatrics Jonathan] Miller said. “But the onus is on us. It is our job to educate them. We are required to spend the time it takes.”

If a doctor refuses to see them, the parents may end up seeing someone even less qualified. Or no one at all. As much as doctors want to fight against the conspiracies, they live in a reality where many of their patients believe anything they read, and their children may suffer as a result. It’s easy to feel superior to those parents and dismiss them entirely, but the only way to fix this problem is by giving them better information and being a trusted source.

If the doctors who understand the problem won’t make an effort to do it, what other choice do we have?

The AAP also calls on states to follow California’s lead and remove non-medical exemptions to vaccinations from the law. It’s a wonderful move to protect other children, but it also feeds right into that anti-vaxxer propaganda that says the government is forcing the shots so something must be wrong.

The pediatricians may be the best hope for the success of vaccines.

September 7, 2016
Catholics Fail to Understand Why Kids As Young as 10 Are Leaving the Faith
Next Post