A Nashville Catholic School is Under Fire for Teaching Basic Facts About Sex and Birth Control September 5, 2016 Hemant Mehta

If I told you a Catholic high school in Nashville, Tennessee had a controversy involving basic sex education, you might brace for the worst. But Father Ryan High School is actually doing something downright sensible.

As part of a theology course that freshmen and sophomores are required to take, the curriculum includes a discussion about basic human anatomy, how it all operates when it comes to sex, and how birth control works. 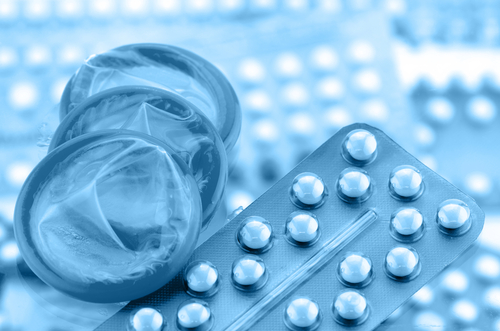 That’s not to say they’re encouraging pre-marital sex or the use of birth control in any circumstance, but when you’re teaching kids about a faith that condemns contraception and has strong stances on sex outside of marriage, the students better know damn well what those controversies are all about.

So here’s what they’re teaching, according to parents who are very unhappy with the decision:

Students are taught that the male and female “mature genitalia will react to sexual stimulus in a similar way.”

They are shown a picture of a spread-eagle vagina with names for every part. The picture is shown again in a test question where children have to label all the parts.

At one point the sex-ed states: “Like the scrotum, the outer lips swell slightly with stimulation; in their stimulated state they pull back and expose the Inner Lips.”

Students learn 10 different forms of contraception, including withdrawal, the condom, the diaphragm, spermicides, the birth control pill, the intrauterine device, birth control implant, depo-provera, tubal ligation, and vasectomy. A test question asks children to name and compare all the different methods as to how they function.

I’m not seeing a problem.

When are these kids expected to learn this material, if not in high school? This is basic, factual material. The only people who shouldn’t be able to handle this are those who can’t say the word “clitoris” without giggling.

That group apparently includes a lot of parents, who are calling this material “salacious” and demanding that the Diocese of Nashville stop making this a required course.

“We feel like the sex-ed curriculum basically amounts to a ‘wink and a nod’ to student sexual activity, especially when the curriculum gives them an exhaustive contraception list and tests the students to make sure they know how all of them function,” one parent said.

“There are so many aspects of the school that we love, but they shouldn’t teach this to our kids. It’s the parents’ right to teach their kids about such sensitive matters. We don’t want our kids seeing images of penises and vaginas. This will only corrupt them. We want the program gone,” states the group of parents.

Just wait till these parents hear about the internet. Minds will be blown…

They also explain what the curriculum is lacking:

Students are not taught how willed sexual sins cut off the life of God’s grace in the soul and jeopardizes one’s eternal salvation.

All of those are value judgments — and the Church agrees with them — but the purpose of this material in the theology course is to give students the facts before they begin talking about the Catholic faith’s stance on everything.

It’s the same reason that, in my high school health class, we learned about different kinds of drugs and what they did to our bodies. It didn’t make me want to run out and try them. The point was that we couldn’t reasonably talk about, for example, whether marijuana should be legalized without understanding its effects on our bodies and minds.

If these Catholic parents really want their kids to learn Catholic values, they should realize that keeping them in a bubble is the worst possible way to do it. If anything, exposing them to the facts should make it easier to indoctrinate them.

The Diocese, to its credit, isn’t budging. If the parents don’t want their kids to take the course, the only option right now is to leave the school.

Parents don’t always know what’s best for their kids. This is perfect example of it.

September 5, 2016 Former NFL Player Recalls Wearing Wedding Band Before Marriage to Avoid “Temptation of Sexual Sin”
Browse Our Archives
What Are Your Thoughts?leave a comment