Donald Trump’s Lawyer: Here’s a Cloud That Looks Like Trump, So God Must Be Sending a Message September 4, 2016 Hemant Mehta

Donald Trump’s Lawyer: Here’s a Cloud That Looks Like Trump, So God Must Be Sending a Message

Michael Cohen, a lawyer for Donald Trump, said on Twitter last night that God wants his candidate in the White House… and the proof was right there in the sky: 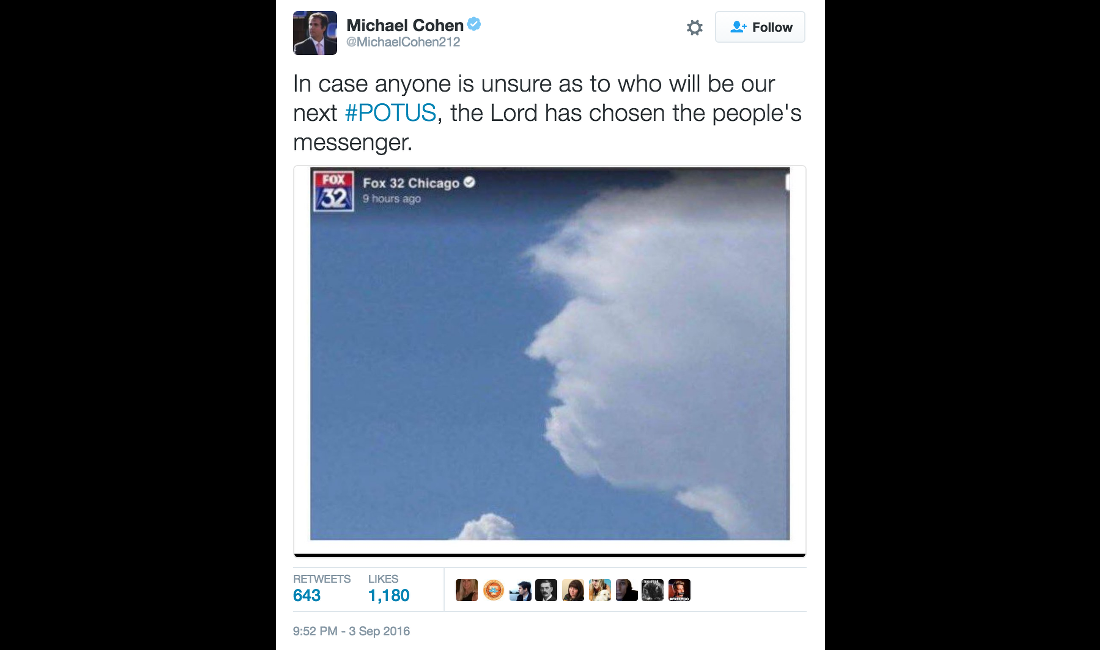 In case anyone is unsure as to who will be our next #POTUS, the Lord has chosen the people’s messenger.

Incidentally, that image is more than two weeks old, and there have been another 29384023423 stumbles since then. So that cloud may be the best thing Trump’s campaign team has going for them.

September 4, 2016 Gov. John Kasich Condemns Actor Daniel Radcliffe's Atheism: "What the Hell Is Wrong With Him?"
Browse Our Archives
What Are Your Thoughts?leave a comment