The “Sacred Spud” Found at a Retirement Home in Quebec Is Not a Sign From Above September 3, 2016 Hemant Mehta

Senior citizens at a retirement home in Quebec will sleep soundly tonight, knowing that Jesus is looking over them. How do they know? Because a potato said so. 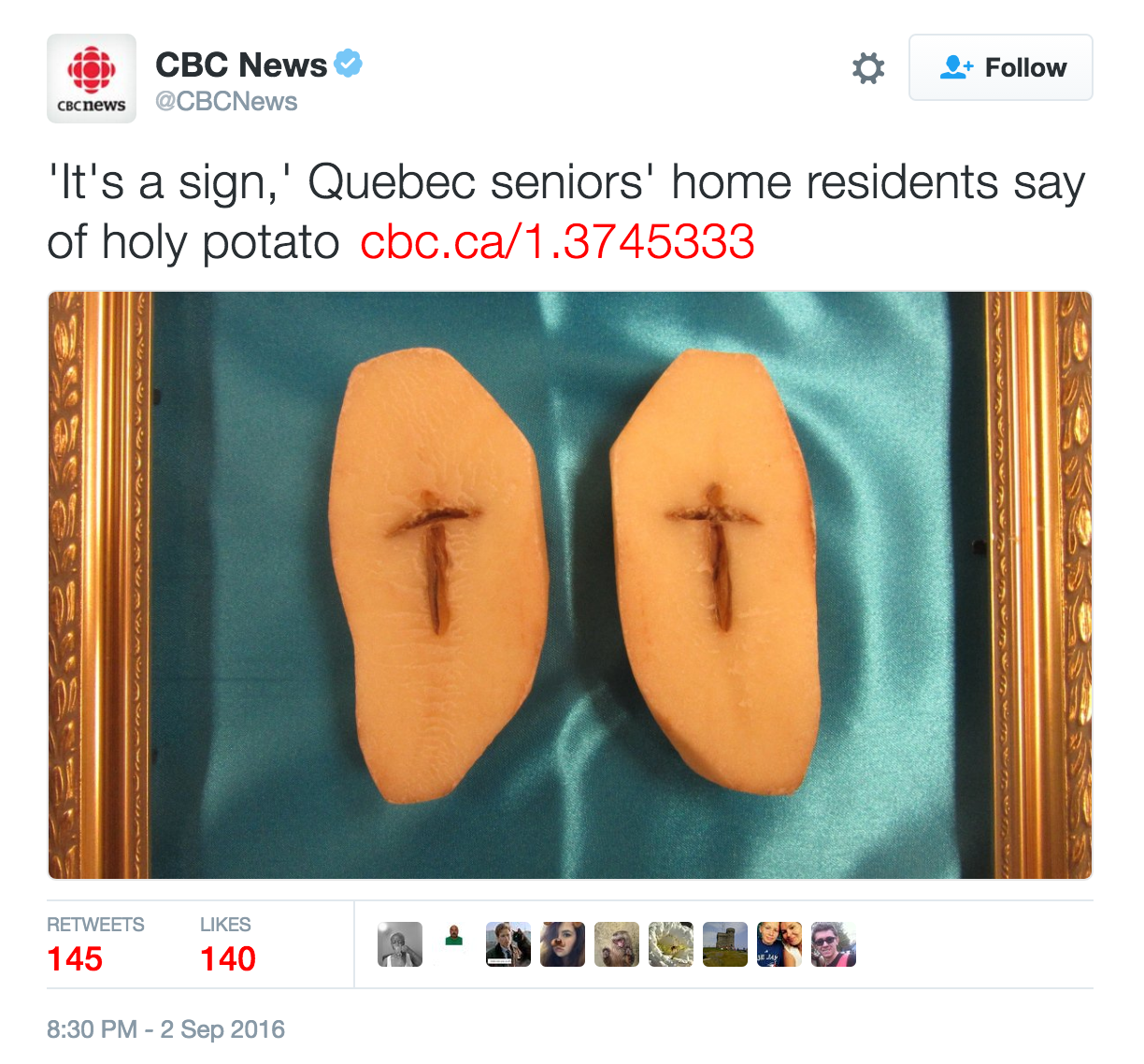 “[The cook] saw it was a cross and he said, ‘It’s a sign,'” said Émilien Morin, president of the residents’ committee at Le Mieux Vivre Residence in Grande-Rivière.

The sacred spud was discovered Aug. 22 at the Gaspé Peninsula residence by cook Alain Lévesque.

“He couldn’t believe it,” Morin said.

It’s… not a sign. It’s just a damn potato. I mean, if it makes them feel safer, as the article notes, I guess that’s nice. But it’s foolish to think this is an actual sign from God.

Still. It’s weird, right? Why would a cross symbol appear in the middle of a potato? Is there a natural explanation for such a phenomenon?

The markings inside the potato may be a sign from above, or they may be a sign of hollow heart, a condition that afflicts potatoes grown in very fertile or heavily irrigated soils during wet seasons.

It’s caused by the death of cells inside the tuber, and usually results in brown tissue appearing in the centre of the potato.

No joke. That’s an actual thing.

Not that anyone in the home seems to care. They’re convinced it’s God speaking to them. And no evidence that this is perfectly natural will convince them otherwise.