Trae Crowder, the Liberal Redneck, made a video for the New York Daily News about the Colin Kaepernick controversy, and how some people are overreacting to him remaining seated during the National Anthem. 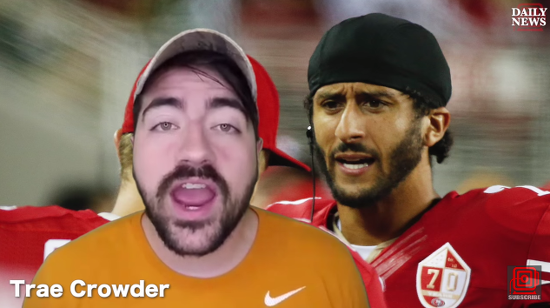 He summarized the situation perfectly:

… A black man refused to stand up for the National Anthem as a protest for race relations in America, and a group of people who spent the better part of a year talking about how not great America has gotten were very offended by that.

Crowder added that Kaepernick’s protest is probably not the way he would’ve protested the same issue, but that difference of opinion is hardly worth the fuss people are making over it.