When you’re trying to solve a cold case of a murder that occurred nearly three decades ago, it’s understandable that clues are hard to come by. But just because you don’t have any leads doesn’t mean you need to waste your time.

Port Arthur (TX) Police Department Detective Scott Gaspard is trying to get to the bottom of who killed 51-year-old resident Pauline Klumpp in 1988. Gaspard has a suspect in mind, but Klumpp’s body was never recovered. Which is why, for some strange reason, he asked for the help of Louisiana psychic Karen Jannise. 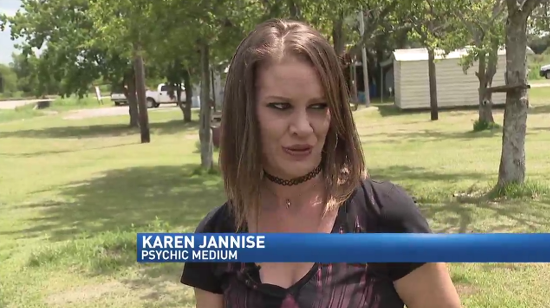 Here’s what I’d like to know: Was Jannise paid for her help? Was taxpayer funding used? Or was this just a giant waste of time for everyone involved?

I’ve asked the Police Department for further details. No response yet.

September 3, 2016
How Camp Quest Oklahoma Will Be Using the Money That a Christian Charity Refused
Next Post