An Atheist Found a Way to Give Money to the Charity That Refuses Donations from the Godless September 2, 2016 Hemant Mehta

One of this site’s readers, Jonathan, was really frustrated that the Murrow Indian Children’s Home in Oklahoma was refusing to accept any donations from atheists. (They’re also rejecting donations from other pastors, if atheists were involved in the fundraising.)

They’re so adamant about refusing godless help that when atheist Matt Wilbourn couldn’t just hand over money on behalf of the Muskogee Atheist Community, which he and his wife Keli co-founded, he was also unable to pay their utility bills.

So Jonathan wanted to see if there was a way around the charity’s ban while still letting them know atheists cared about the children at the Home.

I think he figured it out. 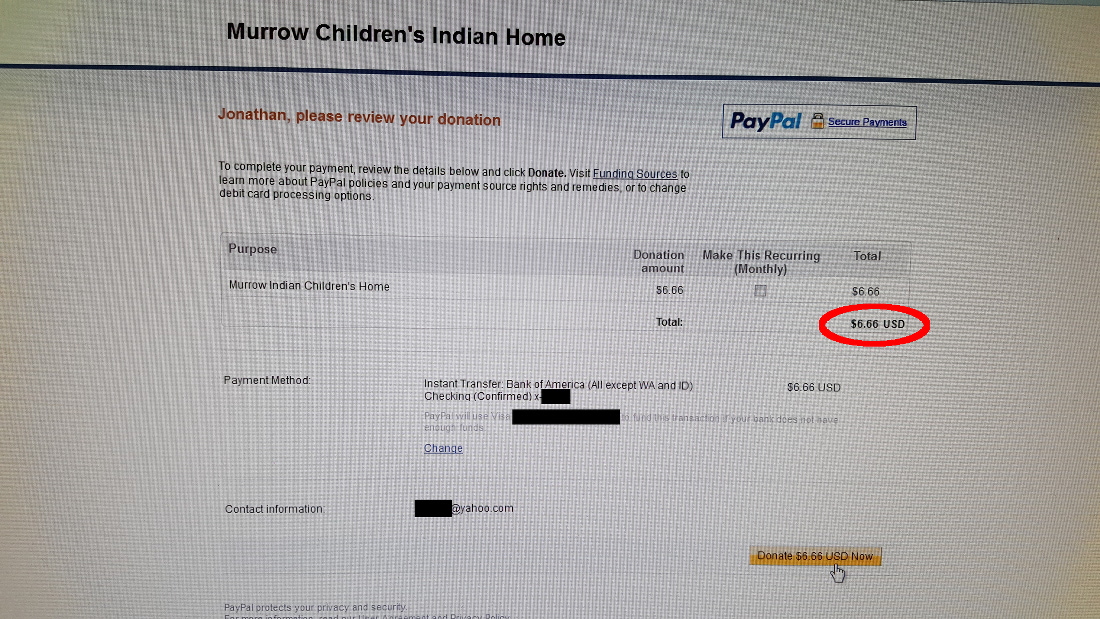 He made the $6.66 donation and sent me the confirmation notice.

It hasn’t been returned to him yet.

September 2, 2016 A Bangladeshi Atheist Activist Who Left the Country To Avoid Getting Murdered Tells His Story
Browse Our Archives
What Are Your Thoughts?leave a comment