There’s No Crusade Against Christians on Campus September 1, 2016 Hemant Mehta

There’s No Crusade Against Christians on Campus

Which people are the most oppressed on a college campus? LGBT people? Ethnic minorities? Students who can’t afford to be there? 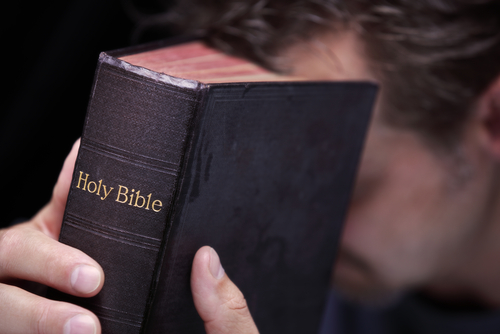 The Christian experience on college campuses is one in which our beliefs are not only rejected, but actively persecuted. Christians are the most oppressed group on campus.

Only about six percent of professors say the Bible is the “Word of God,” while almost ten times as many say it is an “ancient book of fables, legends, history, and moral precepts.” The same study found that the majority of professors in the fields of psychology, biology and mechanical engineering are atheists or agnostics, and teach their course materials from secular lenses, reported the Huffington Post.

None of that suggests Christians are oppressed, only that few people take their mythology seriously. It’s not surprising that formally educated people would accept science over superstition.

Does Van Voorhis have any actual evidence of persecution?

At our universities, we Christians are told that life as we know it was just an accident, and that we evolved from nothing more than bacteria. We are told the Son of God was just a wise man, no better than Mahatma Gandhi or Buddha.

It’s unsurprising that their students flocked in droves to support socialist Bernie Sanders, whose belief in the almighty big government was treated almost as a religious message. However, history has shown us the socialist message is no gospel.

Godless Communist regimes have murdered nearly 100,000,000 people in the 20th century alone in the name of a humanist, atheist society controlled by an all-knowing, centralized, and all-powerful government. That’s not a myth, that is a fact built on mountains of dead bodies.

Ah, the wisdom of a college student whose internet browser homepage probably alternates between Breitbart and the Drudge Report…

Anyone who thinks science professors teach that life was “just an accident” is someone who wasn’t paying attention in class. The process of evolution isn’t an accident even if it includes random mutations.

Voting for Bernie Sanders is not Christian oppression, no matter what you might hear on Fox News.

And blaming the atheism of tyrants like Stalin and Pol Pot for their atrocities is a belief that has been debunked so many times that anyone who repeats it is admitting to doing no research whatsoever.

Still no evidence of oppression.

If Christians are barred from meeting as a group while people of other faiths can meet without a problem, or Christian students are punished despite doing the same work as their classmates, or professors require students to renounce their faith to get a passing grade (a la God’s Not Dead), then maybe there’s some credence to Van Voorhis’ theory.

As it stands, the fact that he can’t list legitimate examples of Christian persecution is evidence that they actually have it pretty damn good. Just because people laugh at Christians doesn’t mean they’re oppressed.

At worst, you could say that evangelicals at liberal campuses are probably looked down upon. They’re unpopular. But that’s it. There’s no example of Christians being uniquely punished when asking for the same treatment as other students. I’ve heard of Christians asking for special privileges — like the ability to discriminate against LGBT students — and getting denied, but that’s not oppression either. That’s preventing oppression caused by Christians.

That may be the biggest lesson here. Christians do far more persecuting of other groups than other groups do of them. When colleges create a welcoming environment for students who are routinely blasted in megachurches, or spaces to discuss ideas that are considered conspiracy theories by the Right, it’s easy to think tolerance and open-mindedness are anti-Christian values. They’re not.

Van Voorhis just can’t handle stepping outside the conservative Christian bubble he’s been living in for so long.