Federal Election Commission: God Must Prove He Exists Within 30 Days or He Can’t Run for President September 1, 2016 Hemant Mehta

Federal Election Commission: God Must Prove He Exists Within 30 Days or He Can’t Run for President

The Federal Election Commission has been trying to crack down on Presidential candidates who are not serious about running for office. There are still bugs in the system, seeing as Donald Trump is still in the race, but what about “Deez Nuts,” “Captain Crunch,” “Butt Stuff,” and others who fraudulently put their names into the ring? (Or had someone else do it on their behalf?) 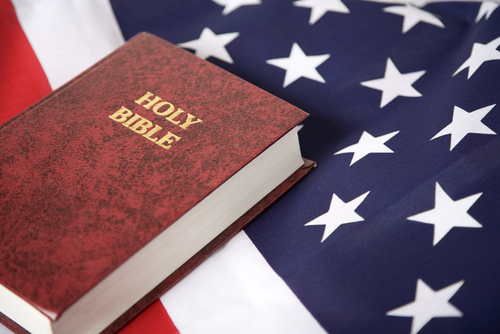 In the case of “God for President,” the FEC sent a letter to the Almighty yesterday asking for confirmation of God’s existence. (Fact: God’s campaign manager lives in Staten Island.)

“It has come to the attention of the Federal Election Commission that you may have failed to include the true, correct, or complete committee name, candidate name, custodian of records name, treasurer name,” an FEC analyst wrote in the letter, which was sent Wednesday.

Now God has 30 days to prove He exists, or his campaign for the presidency will be terminated.

God: Always trying to get credit for something He didn’t do…

On the other hand, in 30 days, God and “Satan” (who also wanted to be on the ballot) will endure the same fate when they’re discarded from the FEC’s website. I assume that’s a win for atheists everywhere.

September 1, 2016 Christian Charity Rejects Atheist's Money Again, So He'll Give It All to Camp Quest Oklahoma
Browse Our Archives
What Are Your Thoughts?leave a comment