Indiana Mother Says It’s Okay to Beat Her Son with a Coat Hanger Because the Bible Permits It August 31, 2016 Hemant Mehta

A mother in Indiana has been charged with felony child abuse after beating her 7-year-old son with a hanger and leaving him, over time, with 36 bruises all over his body. 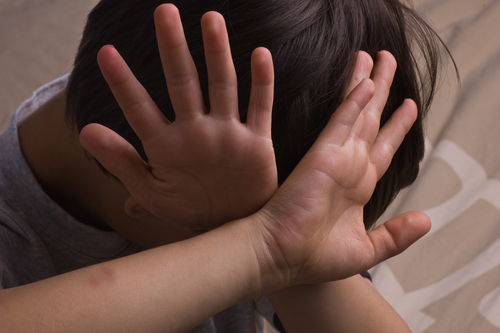 Kin Park Thaing‘s lawyer says the Religious Freedom Restoration Act — the same law Christian business owners used to justify discrimination against LGBT customers — gives her cover, because she was simply beating her child in accordance with her religious beliefs.

“I was worried for my son’s salvation with God after he dies,” said Thaing, who attends a south-side church, according to court documents. “I decided to punish my son to prevent him from hurting my daughter and to help him learn how to behave as God would want him to.”

Two days later, a teacher patted the boy on the back and saw him flinch, according to court records. The teacher saw red welts on the boy and reported the observations to police and child welfare officials.

The Marion County Deputy Prosecutor responded to the RFRA claim by saying that what Thaing did goes far beyond anything the Bible says. (I guess he never read the part about Abraham and Isaac.)

“When perpetrators of violence against children are prosecuted and ultimately punished,” Savage wrote, “the government protects … the community in general.”

Thaing’s lawyer also cited Indiana Supreme Court precedence, which ruled in 2008 that parents had the right to discipline their children as they saw fit.

While the religious defense of child abuse is awful enough, I cannot understand for the life of me how any parent could think that beating a child is the best way to correct their actions. Whether with a coat hanger or a rod, and whether marks are left on the child’s body or not, physical force doesn’t teach a child why whatever they’re doing is wrong. It just makes them fear you.

Then again, isn’t that how religion operates, too? Just obey God. Fear Him. Don’t ask questions. Be a good sheep.

It’s the opposite of critical thinking. At least there’s a chance here that Thaing will be punished for taking it too far.

(Image via Shutterstock. Thanks to Tori for the link)

August 31, 2016
Bill Nye Will Soon Have a Science-Themed Talk Show on Netflix
Next Post

August 31, 2016 Iceland's Government Will Uncover an Enchanted Rock to Appease the Elves. (Seriously.)
"... God designed marriage as a covenant between one man and one woman to reflect ..."
Beavaroo Wedding Photographer Sues For “Artistic Freedom” ..."
"LOL"
Beavaroo Atheist Group Celebrates July 4th With ..."
"Love It and Heal It?"
Beavaroo Atheist Group Celebrates July 4th With ..."
"True. We do tend to regard it as an individual decision."
Foxglove MAGA Cultist Pastor: At My Church, ..."
Browse Our Archives
What Are Your Thoughts?leave a comment