Iceland’s Government Will Uncover an Enchanted Rock to Appease the Elves. (Seriously.)

In Iceland, where more than half the population believes that elves are at least possibly real and a quarter of the country says they’re probably or certainly real, the superstition is having an effect on construction projects.

Because of a 2012 law to “protect Iceland’s elfin heritage,” the Iceland Road Administration is going to fix a situation in which a company that removed debris following a landslide accidentally covered up an enchanted rock.

(What the hell did I just write?) 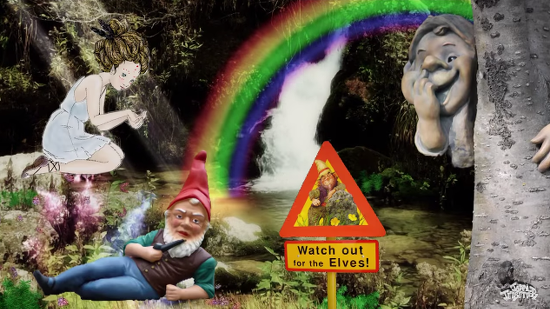 Sveinn Zophoniasson, who works for the Bass road construction company, told the paper that his woes began in August 2015 in Siglufjordur, close to the site of the so-called “elfin lady stone” that was covered with earth following efforts to cleat a mudslide from a highway.

After the landslide was cleared, the road was subsequently flooded and a colleague of Zophoniasson who came to clear the route was injured. Then industrial machinery began to fail and a journalist who came to cover the growing chaos fell into a mud pool and had to be pulled to safety.

“Nobody even thought of the rock,” even though the area is regarded as a sacred place in local folklore, said Zophoniasson.

The monster… why would he care more about an injured journalist than the creatures that don’t exist?!

For more on Iceland’s elf problem, read this and this.

I don’t understand you, Iceland. You should be more like the United States, where we never base our policies on peoples’ irrational beliefs…

August 31, 2016
Indiana Mother Says It's Okay to Beat Her Son with a Coat Hanger Because the Bible Permits It
Next Post