Two Georgia Parents Let Their Infant Starve to Death In Large Part Due To Their Religious Beliefs August 29, 2016 Hemant Mehta

Last year, a 10-week-old baby was killed in Gwinnett County, Georgia after being starved to death by her parents. Mother Lauren Fristed was charged with involuntary manslaughter and reckless conduct and sentenced just this month to 20 years in prison.

The father, Herbert “George” Landell, was found guilty of second-degree murder this morning. He’ll likely be locked away, too. 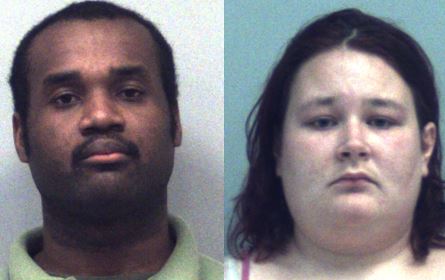 While starvation is certainly the method used to kill her, what’s more disturbing is how religion played a role in their negligence.

… Landell, 26, a now-former Publix supermarket worker, isn’t a believer in doctors or medicine and held to the theory that evil took his little girl’s life, according to Hamrick.

On her last day, March 25, he told police he found her in trouble, her skin turned grey and blue. He said he lifted her from the crib and tried to give her a bottle. He told his wife, 25-year-old Lauren Fristed, to leave the room because of her “negative energy,” and he prayed, [detective Charles] Hamrick said.

Even if he didn’t want to take the baby to the doctor, couldn’t the mother override his wishes? No. Because the Bible told her not to.

On the day the girl died, Fristed sent a text to her “spiritual adviser,” a minister of non-denominational Christianity in Lawrenceville, saying, “I wish he would let us go get her seen about,” the detective said.

Faith prevented her from pressing it.

“She told me on several occasions that she obeys her husband,” Hamrick said, “that that’s what the Bible says.”

If there’s any silver lining here, it’s that Georgia doesn’t allow religious exemptions from the law when it comes to murdering your child. (Believe it or not, other states do.) That’s why both parents are getting the harsh punishments they deserve.

If only they had the common sense to take their daughter to a doctor instead of listening to the voices in their head and church.

(Thanks to @toadgeek for the link)

August 29, 2016
This California School District and a Local Baptist Church Have an Uncomfortably Close Relationship
Next Post

August 29, 2016 Did a Man with Cerebral Palsy Really Get Cured At a Christian Conference?
Browse Our Archives
What Are Your Thoughts?leave a comment