Did a Man with Cerebral Palsy Really Get Cured At a Christian Conference? August 29, 2016 Hemant Mehta

Did a Man with Cerebral Palsy Really Get Cured At a Christian Conference?

On Saturday afternoon, a young man named Caleb March made a really incredible post on Facebook about a Christian conference he attended.

Caleb witnessed people anointing, putting hands on, and praying over a young man named Gavin who was said to have cerebral palsy. And guess what? Gavin was cured! He was suddenly “able to run, jump and move freely.” Caleb added for emphasis: “This is a true story!”

Was it a true story? I wanted to know a few rather simple things:

A conversation with Caleb didn’t get me anywhere. He didn’t seem to know Gavin outside of that event and couldn’t provide answers to my questions. He also made clear that nobody “took a video of it [taking] place because we didn’t know it would happen for sure” and “there was so much other stuff going on at the time.”

We reached out to Gavin yesterday afternoon, too. As of this writing, we haven’t heard back.

But I think these are the kinds of questions everyone should be asking in these situations. Right now, whether or not Caleb filtered his Facebook thread, all the commenters just buy the story hook, line, and sinker. More than 730 people have shared it — nearly all because they seem to believe it. No one is asking any critical questions.

I’m not surprised. This is something Christians love to do: talk about all these miracles they heard about secondhand or thought they witnessed firsthand without offering any sort of basic proof to support what they’re saying. They didn’t even think to ask the one question that would be obvious to anyone who sees a great magic trick: How did they do it? Because this was likely a trick, whether it was literally a con, or Gavin was pressured into doing something he didn’t know he could do temporarily, or his diagnosis was untrue or exaggerated, or his actions weren’t physically limited by his palsy, etc.

I mean, isn’t it amazing that someone with the poor coordination that palsy gives you can play volleyball, as a picture on Gavin’s Facebook page shows…? 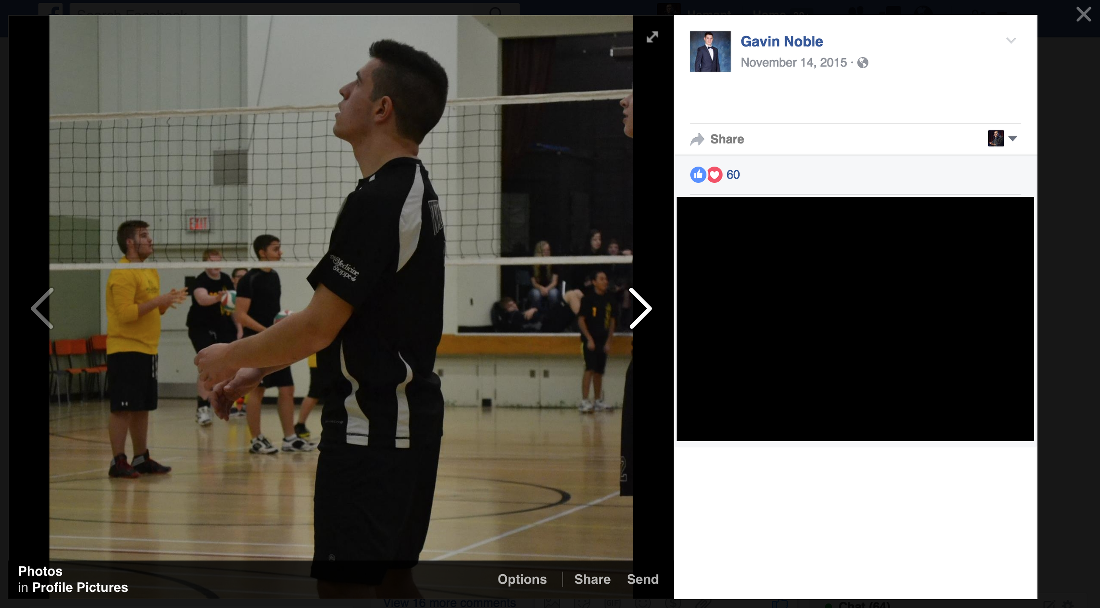 These aren’t conspiracy theories. These are very real possibilities that are far more realistic than “God cured him.” If Christians want to back up their claims, then let’s get some doctors to weigh in on this. Let’s get some video of Gavin showing that the palsy symptoms are gone — and some “before” video of him with those symptoms. Then, and only then, should we even begin to consider a “miracle” as a possibility.

That fact that Gavin himself isn’t trumpeting his cure on social media should give everyone pause.

I also reached out yesterday to Paul Fraser, the pastor whom Caleb told me was involved in this supposed miracle. As of this writing, I haven’t heard back from him, either.

August 29, 2016
Two Georgia Parents Let Their Infant Starve to Death In Large Part Due To Their Religious Beliefs
Next Post

August 29, 2016 Brazil Has Another Big Problem: Evangelical Christian Politicians
"Evangelicals have been making shit like this up forever. Before the internet I don't think ..."
Houndentenor Anti-Abortion Activist: After My Prayers, a ..."
"Confirms that "Cancelling" is not always a bad thing. The hand of OT god smote ..."
Enlightened Oklahoma Minister Arrested for Touching a ..."
"Hope he catches a nasty case of COVID while he's enjoying the government facility."
Bill L. Creationist Kent Hovind Sentenced to 30 ..."
"Awaiting the lawsuit from the church..."
Bill L. Oklahoma Minister Arrested for Touching a ..."
Browse Our Archives
What Are Your Thoughts?leave a comment