With the XXXI Olympiad now complete, much of the world now has Brazil on its mind. From water pollution to street crime to extreme income inequality to the Zika virus, it seems that the nation has been criticized by the international media in all ways possible. But one incredibly important point of tension remains widely unacknowledged by outsiders: the role of evangelical Christians in Brazilian politics. 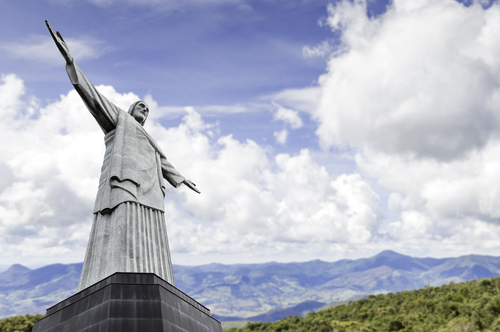 Many already know that Brazil, and Latin America in general, is notoriously corrupt. Most Brazilians strongly distrust elected officials, and the current political crisis there reveals the system at its worst. Brazil and Latin America are also seen as heavily Roman Catholic, though despite being home to the first non-European pope in more than a millennium, Catholic domination is beginning to wane in the region. But unlike the United States, where “Nones” are growing and Christians are dwindling, Brazil is experiencing a boom in evangelical Christianity.

The rise of evangelicals in Brazil is largely underreported outside the country but contributes directly to the political chaos currenting besieging the nation. Dilma Rousseff, the first female president in Brazil’s history, was impeached and awaits final judgment by the Brazilian Senate in the coming weeks. That Senate, as well as Congress in general, is controlled by a majority of outwardly religious officials who make no efforts to hide their faith in Christ and, by extension, their faith-based sexism.

Earlier this year, when Brazil’s Chamber of Deputies (similar to the U.S. House of Representatives) voted on impeaching Rousseff, each politician had 10 seconds to qualify their vote. Of those voting for impeachment, many of them “dedicated” their votes to God, family, Freemasons, even the military dictatorship that physically tortured Dilma Rousseff herself. In fact, “God” was referenced 59 times during voting in April, all by those favoring impeachment.

The fact that many Brazilian politicians are outwardly sectarian when performing public duties is a problem in and of itself, but the trouble does not stop there. The country currently has an interim president, Michel Temer, known to consult with popular evangelical pastors, and the Senate is currently holding hearings on whether to permanently remove Rousseff from office. Temer selected his interim cabinet after Rousseff’s impeachment and failed to appoint even a single woman or secretary of color. In a country that is 51% women and which has 97 million black, mixed race, or indigenous citizens, these lopsided demographics put U.S. discrimination to shame. To make matters worse, Temer selected Pastor Marco Feliciano to head the Commission for Human Rights and Minorities. Feliciano has made claims including that AIDS is a “gay cancer” and was recently accused of rape.

Now that the 2014 World Cup and 2016 Olympics have come and gone, it is hard to tell what comes next for Brazil. In 2017 São Paulo will host the World Humanist Congress, but with the current trend of political and economic instability, it is increasingly difficult to foresee in what cultural climate the event will take place. While the post-Obergefell United States suddenly seems progressive on marriage equality, Brazil’s system still seems to favor homophobic policy writers over popular support for marriage justice.

As the United States continues to endure the never-ending outtake reel that is the Donald Trump presidential campaign, in Brazil, an uncannily similar politician has already shown just how dangerous it is for an egomaniac to vie for expanding evangelical Christians’ political might. Jair Bolsonaro, a congressman and prospective candidate for President in 2018, may actually make you appreciate The Donald ever so slightly. Bolsonaro is notorious (or beloved, in the right congregation) for his “straight talk” candor and shocking sound bites. Some of his most shocking include the following:

“I would be incapable of loving a homosexual son.”

“Women should earn less because they get pregnant.”

“I don’t run that risk [of my sons dating black women or homosexuals] because they were educated well.”

And, when addressing a female politician, “I don’t rape you because you don’t deserve it.”

During this election year, when the U.S. might elect its first ever female president and far right conservative Christians still manage to relentlessly push climate change denial, racism, misogyny, and homophobia, perhaps we can learn some lessons from our Portuguese-speaking friends from South America. When rhetoric and action toward church/state separation are this vile, there might not be any middle ground to occupy.

August 29, 2016
Did a Man with Cerebral Palsy Really Get Cured At a Christian Conference?
Next Post

August 29, 2016 The Secret Behind Those Viral (Death-Defying?) Videos Featuring Children
Browse Our Archives
What Are Your Thoughts?leave a comment