Christian Columnist: Why Did a Family of Five Die in a Car Accident Just Before a Mission Trip? August 28, 2016 Hemant Mehta

Christian Columnist: Why Did a Family of Five Die in a Car Accident Just Before a Mission Trip?

Nearly a month ago, in Nebraska, there was a horrific car accident. Tony Weekly Jr., a truck driver for Bohren Logistics Inc., crashed into a minivan, leading to the deaths of two parents (both in their late 20s) and their three children (ages 3, 2, and 2 months). It was the deadliest crash in the state in nearly a decade. 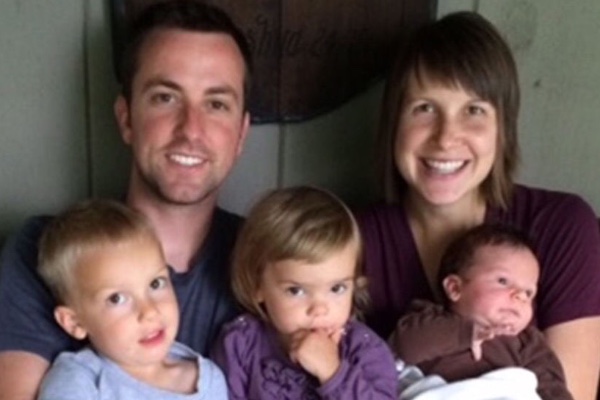 The victims were driving from their home in Minnesota to Colorado to take part in a five-week training program before they headed to Japan to serve as long-term Christian missionaries.

It’s that detail that really sticks out to Lyn C. Jerde, a columnist for the Iowa-based Telegraph Herald. She’s also a Christian, and she’s having a hard time reconciling why her God would allow such a tragedy to occur to a Christian family so devout that they were going to go abroad to spread the Gospel.

What kind of God would call people to a holy endeavor, then allow them to be wiped out when they answer the call?

If anyone tries to tell me that God “took them home” — including three tiny little children — because “God needed more angels in Heaven,” don’t be surprised if I respond with violence or at least violent words.

Expect a similar reaction to “everything happens for a reason.”

It’s a mystery that we live in a sometimes cruel and seemingly random universe, created by a God who has a will for how things ought to be — a humane, benevolent will or so I believe — based at least as much on my gut instinct as on my Christian theology.

I’m not trying to mock her when I say there’s no good explanation for what happened. It happened because shitty things like traffic accidents just happen. And there’s no rhyme or reason for why certain people are victims. In this case, it wasn’t because they were Christians or even in spite of their Christian faith. They were just in the wrong place at the wrong time.

It’s a futile exercise to try and understand what God might have been thinking, because there was no thought that went into it. It makes sense that “It’s a mystery” is the only explanation that Jerde might accept since it’s the Christian equivalent of a giant ¯\_(ツ)_/¯.

What bothers me is that there are people who will come up with an explanation anyway. There are undoubtedly sermons taking place today where a pastor is saying this is part of God’s Plan. It’s infuriating because it suggests this was preordained. Even if it were true, what sort of monster would they be worshipping?

There isn’t always a rational explanation for why accidents happen. What we can do is remember the victims, remember the good they did in their lives, and keep their memories alive in the work we do. If you’re looking for something more tangible, then be an advocate for driverless cars that may lead to a world where preventable accidents like this one disappear almost entirely.

I will say that Jerde, who is asking a question that I’m sure many Christians are wrestling with, makes one mistake. Despite walking readers through her complicated thought process — which I really appreciate — she has already settled on a conclusion:

I’ll also continue believing and trusting that God is good.

That response shuts down the most logical explanation for the question she’s asking. How can you conduct an honest inquiry when you refuse to accept a sensible answer?

August 28, 2016
Watch an Arkansas Legislator Dodge an Easy Question About the Illegal Christian Display He Supports
Next Post

August 28, 2016 A Georgia School District May Be Sued After Ignoring Requests for an After School Satan Club
"Putting this on fb required a copy/paste. To copy from fb to post here requires ..."
Mikethe_panicky aka panicked MAGA Preacher Claims His Prayers, Offered ..."
"Matthew 7:16By their fruits you will know them. Do yougather grapes from thorns, or figs ..."
James Parson (Zero-One-∞ Rule) Marcus Lamb, Whose Christian TV Network ..."
"Why is anyone in Europe paying any heed to these kiddy fuckers?Europe's Christian roots? Perhaps ..."
NOGODZ20 MAGA Preacher Claims His Prayers, Offered ..."
"An atheist would not have any place to send their child."
Questioner SC Mom Allegedly Kills Son, 6, ..."
Browse Our Archives
What Are Your Thoughts?leave a comment