When Melanie Jones showed up for a doctor’s appointment to remove her dislodged IUD, being turned away was the last thing she expected. Jones was unaware that her health providers were Catholic and, according to their beliefs, could not help her without violating their consciences: 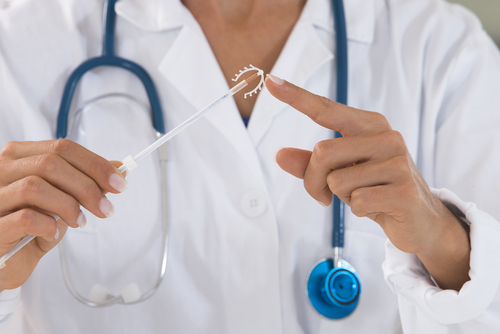 “I think my first feeling was shock,” Jones told Rewire in an interview. “I thought that eventually they were going to recognize that my health was the top priority.”

The doctor left Jones to confer with colleagues, before returning to confirm that her “hands [were] tied,” according to two complaints filed by the ACLU of Illinois. Not only could she not help her, the doctor said, but no one in Jones’ health insurance network could remove the IUD, because all of them followed similar restrictions. Mercy, like many Catholic providers, follows directives issued by the U.S. Conference of Catholic Bishops that restrict access to an array of services, including abortion care, tubal ligations, and contraception.

Unable to afford a visit to the ER, Jones contacted the ACLU of Illinois, who advised her to contact her insurance company to change her network of hospitals. Five days after being turned away by her Catholic physician, her IUD was finally removed.

For a system fundamentally against birth control in all forms, you would think that Catholic healthcare providers would be more than happy to remove an artificial contraceptive from a woman’s body. In their view, it would be a mitzvah by allowing the possibility for conception to take place. Furthermore, Jones wasn’t even pregnant, so there was no risk of damage to a fetus, except perhaps a hypothetical one.

I wonder how many of the doctors or nurses at Mercy Hospital felt it was ethical to turn Jones away during her time of need. Are they proud of their affiliation with a Catholic health network that puts religious dogma over the needs of patients? Do they ever wonder why their place of employment requires them to routinely compromise their own beliefs to keep patients safe and out of pain?

In this case, given the number of women (including Catholic women) on some form of birth control, Mercy should adopt new protocols when it comes to dealing with these patients.

The one bit of good news is that a spokesperson for Mercy told Rewire that “Generally, our protocol in caring for a woman with a dislodged or troublesome IUD is to offer to remove it.” It’s too bad that wasn’t apparent to the doctors and nurses who work for them, since the message they seem to receive from above is that all things birth control must be avoided… or else.

August 27, 2016
Colin Kaepernick Shouldn't Be Criticized for Sitting During the National Anthem
Next Post