Just over two years ago, employees in the City of Miami’s Capital Improvements Program (CIP) department came into work to find their desks ruined. There were cross-shaped oil smears everywhere — on the “walls, doorways, and cubicles.” It was so bad that the department shut down so that authorities could investigate. 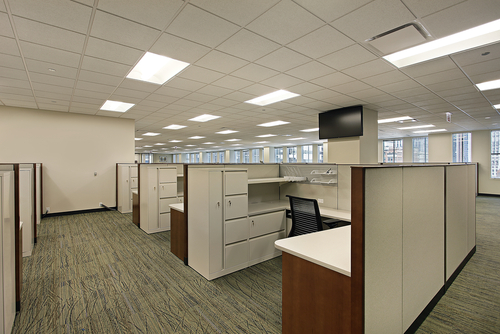 They eventually found the source: Eric Cheeley, a Pentecostal staffer, who quickly confessed that he was anointing the whole department. Because that’s a normal thing Jesus people do.

He was fired the next day.

After a lengthy legal battle in which Cheeley argued that he was a victim of religious discrimination, U.S. District Judge Robert N. Scola, Jr. announced this month that Cheeley had no case. This wasn’t about attacking his faith; this was about terminating an employee who vandalized company property.

“Cheeley’s application of the oily substance caused actual damage to his employer’s property and disrupted its business,” U.S. District Judge Robert Scola Jr. wrote in his decision. “These facts are undisputed.”

Although Scola denied the federal claim, Cheeley can continue to fight the case in state court.

It’s another example of false Christian persecution. Just because you believe in Jesus’ divinity does not give you the right to do whatever the hell you damn well please. Cheeley had no right to damage anyone else’s property in an effort to appease his God — and you have to wonder why simply praying for others in his head wasn’t good enough.

He can fight this all he wants, but it’s hard to argue with the company’s actions. They got rid of an employee who made life worse for everyone else and they had every right to do it.

August 25, 2016
Polygamist Leader and Fugitive Lyle Jeffs May Have Been Raptured, Says His Defense Attorney
Next Post

August 25, 2016 Atheist Group Donates $10,000 to Flooded Louisiana School District
Browse Our Archives
What Are Your Thoughts?leave a comment